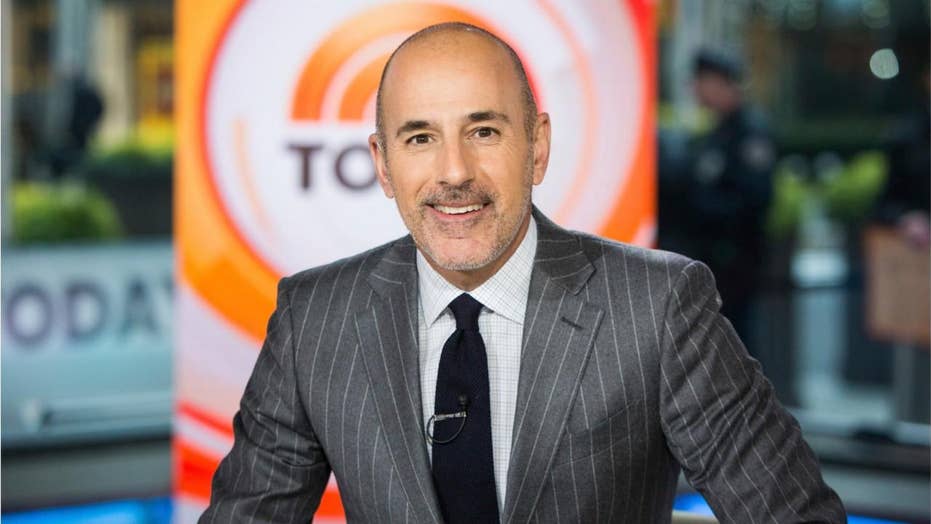 NBC News was slammed in new expose, citing the network as a ‘boys club’ that knew about Matt Lauer allegations.

“The Morning Show” stars Jennifer Aniston, Reese Witherspoon and Steve Carrell, with “The Office” funnyman portraying what appears to be a made-for-TV version of Lauer. The official trailer, which premiered on Monday, begins with Aniston’s character – also a news anchor – delivering a familiar message to viewers.

“Good morning, I’m bringing you some sad and upsetting news, and while I don’t know the details of the allegations… my co-host and partner of 15 years was fired today,” Aniston’s character says as the trailer cuts to Carrell’s character smashing his television.

“She’s throwing me under the bus,” Carrell’s character says.

The scene is reminiscent of a November 2017 moment when NBC News anchor Savannah Guthrie informed “Today” show viewers that Lauer was fired for sexual misconduct at the height of the #MeToo era.

The trailer for “The Morning Show” goes on to tease major changes at the popular, fictional morning news program.

It’s unclear how much “The Morning Show” will mirror Lauer’s situation, but the show’s creators certainly have plenty to work with. Lauer was accused of everything from sexual misconduct to having a secret button that could essentially turn that office into a private sex lair.

What appears to be a fictional version of former NBC News host Matt Lauer is played by Steve Carell in “The Morning Show.”

After an internal review, NBC declared in 2018 that NBC News management was completely oblivious to Lauer’s pervy past. The controversial review was conducted by in-house counsel despite calls for an independent investigation. The findings directly contradicted a Washington Post bombshell that Ann Curry complained to two senior managers about Lauer’s behavior. NBC News’ top bosses, Andy Lack and his deputy, Noah Oppenheim, remain in charge nearly two years later.

“The Morning Show” is billed as “an inside look at the lives of the people who help America wake up in the morning, exploring the unique challenges faced by the men and women who carry out this daily televised ritual.”

“The Morning Show” is expected to premier this fall on Apple TV+ but an official date has not been announced.