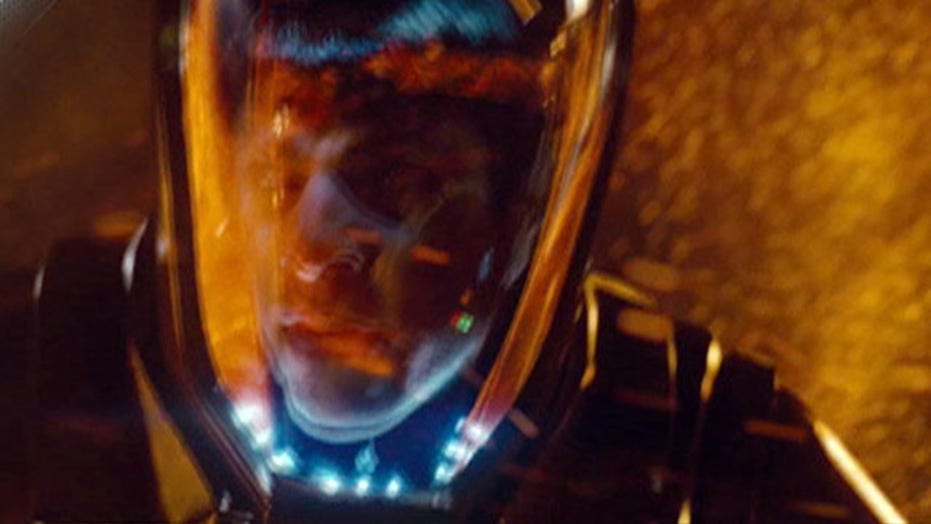 Many recent sci-fi flicks are taking on terrorists

It seems truth is stranger --and more entertaining-- than fiction, at least that’s the case in the world of science fiction.

“Captain Kirk” actor Chris Pines recently told the L.A. Times the movie deals with “Earth bound terrorism. Issues we, in 2013, deal with everyday,” although the film is set in the year 2259. “[It’s] about the exploitation of fear to take advantage of a population, about physical violence and destruction but also psychological manipulation. [The villain] John Harrison is a terrorist in the mold of those we’ve become accustomed to in this day and age.”
But there’s a long list of other movie heroes fighting terror now too.

The newly released “Iron Man 3,” the latest offering in the Marvel Cinematic Universe, was built around the violent acts of terrorism committed by enemy The Mandarin, and last year’s hugely successful movie multi-super hero movie “The Avengers” was perceived by some critics as “a love letter to the war on terror.”

Meanwhile, “The Dark Knight” centers on how Gotham City’s Batman deals with anarchistic terrorist, the Joker, and the latest James Bond installment “Skyfall” kicks off with the world’s most iconic secret agent going after the corrupt Patrice, who has stolen a computer hard drive containing details of undercover agents placed in terrorist organizations by NATO states.

“With terrorism rampant around the globe, it is no surprise that the Zeitgeist gets reflected in (these) films,” Hollywood producer Gary Michael Walters told FOX411’s Pop Tarts column. “And science fiction has always been a realm where controversial real world issues were more easily discussed by setting them in the future, or outer space.”

In particular, many of these movies from the forthcoming “Star Trek,” to “Iron Man 3” and “Skyfall” confront terrorism of a domestic agenda. And according to Fandango.com columnist and pop culture expert Scott Huver, the genre is naturally maturing, and starting to look at the real-life threats facing society.

“It’s the things we wish we had superheroes to save us from. Today, terrorism is the prevailing boogeyman lurking around the consciousness of the mass movie audience, and the filmmakers are finding ways to tap those fears by pitting superheroes against them,” he continued.

But the concept of our crafted comic heroes tackling terrorism is hardly new. The source material of comics over the years as dealt with superheroes dealing with terror in one form or another; whether is it an 80’s Superman foiling a terrorism plot, Dr. Doom threatening New York, Nazi terrorist spies, or random terrorists with an agenda to grind. And while extra terrestrial enemies have fallen more to the background, they aren’t totally out-of-fashion.

“People are tired of seeing these alien films as well as the ‘end of the world’ type film like ‘Oblivion,’” explained Rob Weiner, Popular Culture and Film Studies librarian at Texas Tech University.  “Alien forces will always have a place in superhero narrative, but right now people want heroes who fight villains that could be anyone.”

And according to Gwyneth Paltrow, who plays “Pepper Potts” in Iron Man 3, the movie could provide a platform for further explaining terrorism to young minds.

“We do live in an unsafe world. That’s a true thing,” she said during a press conference. “I’m dealing with this now with my seven-year-old. He’s learning that the world is unsafe and there are people who do harmful things. I don’t think there is anything wrong with presenting that idea. We can’t lie to our children and pretend the world is perfect… it’s part of a bigger conversation.”