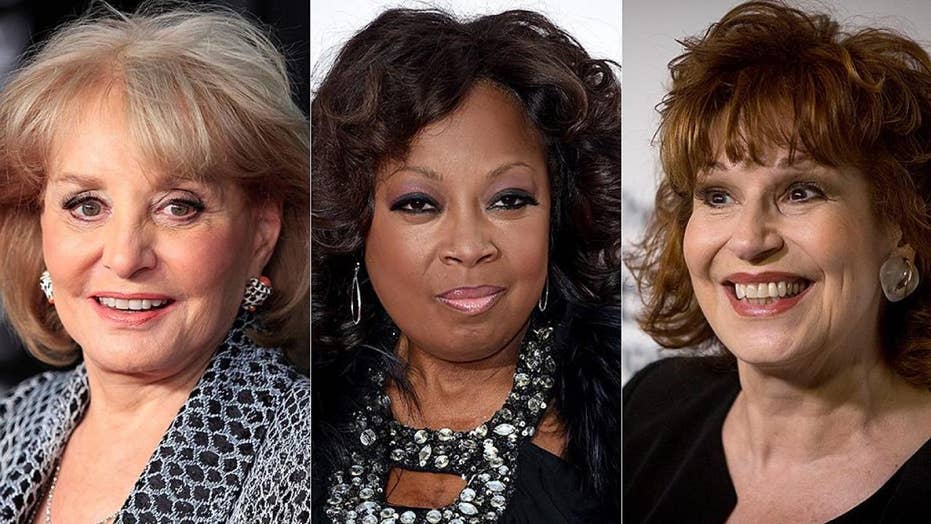 Star Jones didn’t get the chance to open up about her gastric bypass surgery before rumors of the operation took over gossip columns. “The View” host went public about it in 2007, but now one book is claiming she believes her former co-hosts Barbara Walters and Joy Behar were allegedly out to destroy her image.

Jones was an original co-host on “The View” when it launched in 1997 and remained before getting axed in 2006 before the show’s 10th season.

Author Ramin Setoodeh, who interviewed the now-57-year-old for his forthcoming tell-all book on the hit ABC daytime show, “Ladies Who Punch: The Explosive Inside Story of ‘The View,’” said the claim is true on Wednesday’s episode of “Watch What Happens Live with Andy Cohen,” People magazine reported Friday.

“Star Jones said as she was being fired in 2006, both Barbara Walters and Joy Behar were leaking stories of her gastric bypass to The New York Post to ruin her reputation,” alleged Setoodeh.

The writer also claimed Jones hired Judy Smith — the inspiration for Olivia Pope on “Scandal” — to orchestrate her exit from “The View.”

According to Setoodeh, Jones’ July 2006 departure was scheduled for two days later, but with Smith’s help, Jones shocked everyone on the panel, including Walters, when she announced on her own terms that she was leaving.

The next day, Jones was noticeably absent and Walters read a statement, saying Jones decided not to “leave with dignity” and had made it “uncomfortable for us to pretend that everything is the same at the table.”

In response to the allegations, Jones released a statement to People magazine, saying “My time at ‘The View’ was one of the great opportunities of my lifetime. Of course there were conflicts over the years, however, I will forever consider Barbara Walters (along with my dear friend, the late Johnny Cochran) to be one of my two most influential mentors. The opportunity to sit beside her for so many years was a ‘master class’ in many aspects of my personal and professional life that I relish and am eternally grateful for.”

In 2007, Jones told Glamour magazine she was “scared of what people might think of me” after her gastric bypass surgery, prompting her to stay silent for so long.

Jones had the surgery in 2003 after her weight ballooned up to 307 pounds. Jones admitted she was feeling depressed and used food to cope.

“Whenever I felt lonely, a Double Whopper with cheese became my friend,” she recalled. “If I felt sad, six strips of bacon made me feel better. Even though I claimed to be just fine with my weight, I saw how other women [colleagues] were treated like the girlfriend, while I was treated like a good friend. To compensate for my insecurities, I spoke louder and ate more.”

After the surgery, Jones lost up to 160 pounds over a three-year period. Still, she was worried about how people would respond.

“I had spent my entire adult life telling everyone that I was fine with the way I looked,” explained Jones. “I never thought I’d had to explain it. The toughest part of the journey has been forgiving myself for not having the self-control I know I should have had, or admitting I needed help.”

But looking back, Jones has zero regrets about the procedure.

“I say with all sincerity, the surgery saved my life,” said Jones on her CourtTV show, per People. “It started me on a journey of health. But sitting down with a therapist and getting into my own head, and unlocking doors that I had shut forever, that also saved my life.”