ABC News’ “The View” co-host Joy Behar has regained some cultural currency during the Trump administration with her constant commentary aimed at the president and members of his inner circle. Behar was especially bombastic in 2018, mocking everything from Mike Pence’s Christian faith to women who support Trump. Let's take a look back, shall we?

“The View” co-host didn’t waste any time ringing in 2018 with explosive rhetoric, implying that in early January that Trump could start a war to avoid sending his sons to prison.

She said Trump needs to be “medicated and hospitalized … or he is going to just kill all of us,” before taking it a step further.

“My feeling is that probably they are getting closer to him in the Mueller investigation, and that’s what this is about," she said. "A lot of it. He’ll blow the whole world up so that his stupid sons don’t have to go to jail.”

“I sincerely apologize for what I said,” Behar said.

“The View” co-host Joy Behar suggested that outgoing Sen. Orrin Hatch should be locked up.

“There’s this penchant for Nazis now"

Behar went after CPAC in February, claiming the conservative conference's participants have a “penchant for Nazis.”

“The CPAC group invited this woman from France… whose [grand]father was a Holocaust denier, and total fascist and a Nazi,” Behar said. “There’s this penchant for Nazis now [among conservatives] with Charlottesville, and the Neos, and ‘there are good guys on both sides,’ and now Marine Le Pen.”

Behar caused an uproar on “The View” in April when she said President Trump is more hostile than North Korean dictator Kim Jong Un or Russian President Vladimir Putin.

“We have gotten to a point in the world now where we have to rely on the sanity of Kim Jong Un and Putin over the president of the United States,” Behar said when discussing tweets sent by Trump that threatened military action against Syria.

“That’s where we’re at,” Behar said. “Do you think Kim Jong Un is less moral than Trump?”

Behar checks herself after slip of tongue: 'I don't wish the president ill' 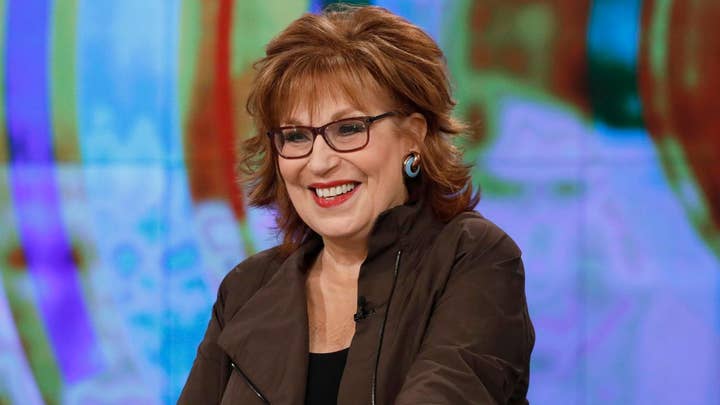 “Unfortunately the real power is in the presidency… he’s the one who calls the shots,” she said. “This man will never apologize, if he lives another 20 years, God forbid, not God forbid.”

Behar immediately checked herself and realized what she said as the reliably liberal crowd chuckled and she finished her thought.

Behar acknowledged the gaffe once again when the show returned from a commercial break and she further clarified her remarks about the 72-year-old president.

“The last segment, I don’t wish the president ill. I really don’t. I just want him out,” Behar said. “It’s really about that, I do not… I didn’t mean that.” 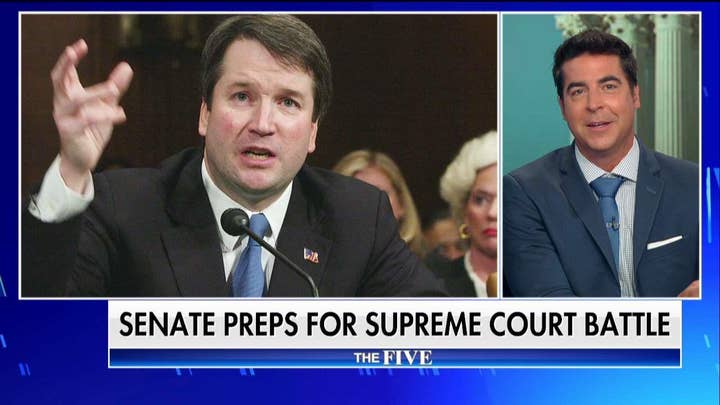 “These white men, old by the way, are not protecting women,” Behar said of congressional Republicans who stand by Kavanaugh. “They’re protecting a man who is probably guilty.”

Kavanaugh was confirmed and is now a Supreme Court Justice.

During a September appearance on CNN, Behar mocked first lady Melania Trump, saying, “OK, she was a model, now she’s the first lady. I mean, come on.”

“She is now enjoying the fruits of the American country,” Behar said, before commenting on the first lady’s parents. “They’re enjoying chain migration, which a lot of people in this country unfortunately are not enjoying because her husband wants to stop it. Why shouldn’t she go along with it? You know, she was in Slovenia doing nothing. I don't know what she was doing there.”

Behar's October appearance on MSNBC's "The Beat," resulted in headlines when the ABC News star admitted she used to be friends with Trump but now considers him to be a “psycho” and an “anarchist.”

“Who knew he was such a psycho? I liked the guy in a way," Behar said. "It’s like, ‘Oh he is a New York character.' And now you know... we know the beast, we knew him… The New Yorkers are hip to this and the rest of the country, they didn't really know him the way we do."

Behar mocked female Trump supporters in November, saying they don't “know the difference between a predator and a protector."

She added, “Because as far as I can tell, he is the one grabbing women by the you know what.”

“Today is a good day for Donald Trump to resign”

Behar celebrated her 20th anniversary on “The View” in November by declaring it would be “a good day for Donald Trump to resign.”

“I really believe that,” Behar continued. “Donald, do it for me.”

“Democracy is at risk” when celebrities avoid political rhetoric

Behar slammed the 52nd annual CMA Awards for not diving into politics when country music's biggest stars gathered earlier this year. Co-hosts Brad Paisley and Carrie Underwood decided to keep politics out of the event, much to the chagrin of the ABC News host.

Behar declared in December that retiring Sen. Orrin Hatch (R-Utah) “maybe” should be sent to prison for not speaking out against President Trump.

“He is going out of office. He has nothing to lose by speaking, against, truth to power about Trump,” Behar said. “Maybe he needs to go to jail, too.”