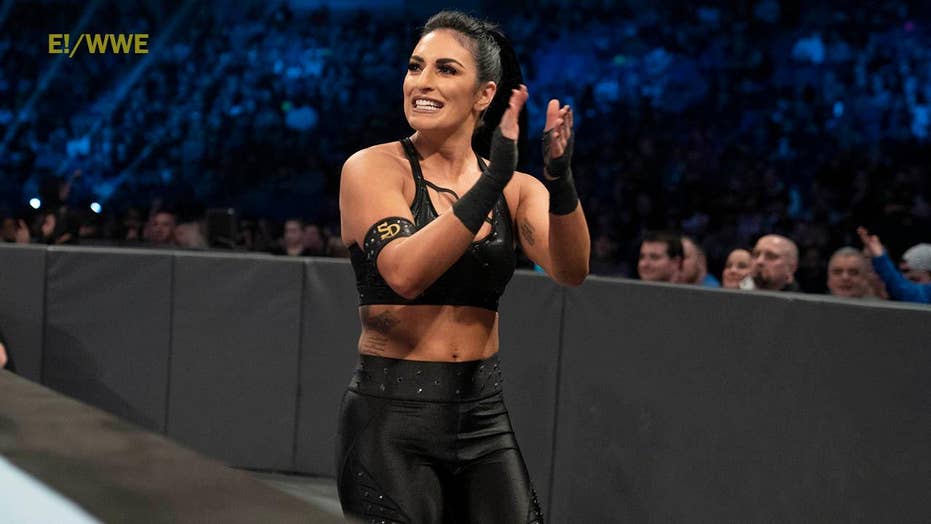 'Total Divas' star Deville said she hopes to inspire others to live their truths and follow their passions.

The professional wrestling star, whose real name is Daria Berenato, is new to the WWE circuit and just joined the "Total Divas" cast for its ninth season but she's ready to make a big impression in the worlds of wrestling and reality TV.

Berenato spoke with Fox News about why doing the E! show was challenging at first, her decision to open up about her sexuality, and what she thinks the WWE can improve in terms of representation and equality.

"It's an interesting experience for me to kind of let down that wall and let people in on who I really am," she said. "It was fun for me though, because people know my inner ring persona and my character suddenly developed but not a lot of my fans know my personal life."

Deville admitted that she didn't think talking about her private life would bother her at first, but then "these invisible walls [started] going up because [sometimes] you're embarrassed [about] certain parts of your life and you're protective of yourself in certain ways, so you naturally put these walls up."

"I kind of fought all season to try to let those down and give you guys a glimpse into my life as real as possible," she added.

Deville said she thinks she's a great addition to "Total Divas" because she brings "something different" to the show this season.

"I don't think there's ever been anyone like me on there," she said. "Obviously, [I'm] the first gay member of the cast which is cool because hopefully, I can kind of be a voice and a presence for the community that hasn't been there before."

PAIGE ON HER JOURNEY TO WWE STARDOM, FIGHTING MISCONCEPTIONS: 'I'M NOT HIDING ANYTHING'

"I get to share my journey with my girlfriend -- the ups and downs and the cool moments that we had together this year," she explained.

Deville hopes that by being an openly gay woman on a TV show, she can inspire others to be their most authentic selves and find happiness. "I think the LGBTQ community is excited to have someone in the WWE that can represent them," she said.

She is the first openly gay cast member.  (E!/WWE)

"I just look at myself four years ago -- I wasn't openly gay. I wasn't even OK with saying the word gay," Deville admitted. "I never said it and I was afraid to be who I was. And the only thing that would make me feel more comfortable is seeing [other] people live their truth."

And although Deville is thrilled to be in the position she's in, she's always striving for greater equality in the workplace and is working with the WWE to have more women take the main stage at an event.

"The ceiling is limitless for women in the sports entertainment industry ... but it's a numbers game right now," she insisted. "The women's division is significantly smaller in volume than the men's division. So it's just getting the talent that we need and continuing to kind of push that boundary and getting it to a place where we feel that we are equal."