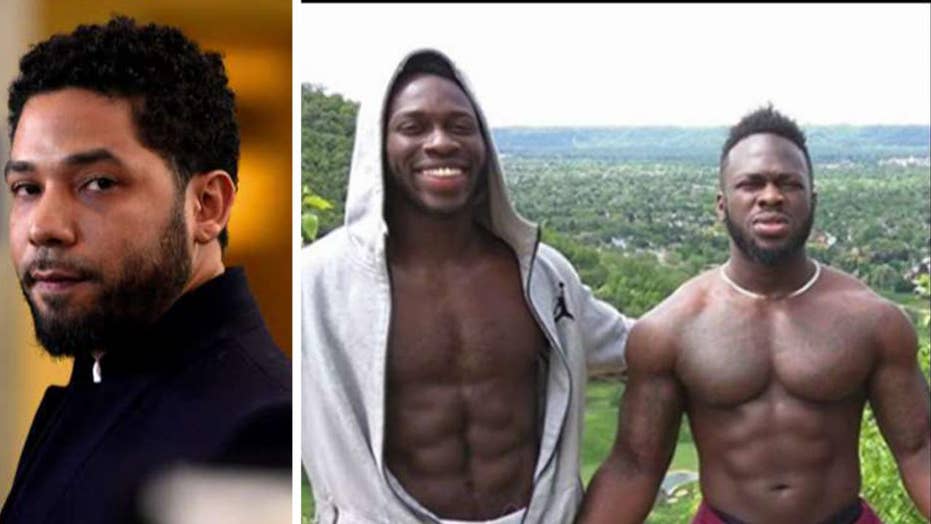 Do Abel and Ola Osundairo have a case? Civil rights attorney Leo Terrell and Pastor Darrell Scott, CEO of the National Diversity Coalition for Trump, join the debate on 'The Ingraham Angle.'

An attorney for “Empire” actor Jussie Smollett has rejected the various media requests to unseal court documents from the dismissed case, saying his client has a “right to privacy.”

ABC 7 Chicago’s Rob Elgas reported late Tuesday that he had received a 13-page response by attorney Mark Geragos and his firm.

“Since the case against Mr. Smollett has been dismissed, the information contained in the discovery will not be admitted at trial or at another proceeding in this matter. Thus, it is not subject to a tradition of access,” Geragos said.

Geragos went on to call various media outlets including ABC 7 Chicago “Media Intervenors” and claimed that don’t have “good cause” to unseal the documents.

"To the extent the Media Intervenors are seeking access to the court records, they have failed to establish good cause to unseal such records,” Geragos continued. “Since Mr. Smollett has not been convicted of any crimes and is no longer charged with any crimes, he is entitled to the right of privacy just like any other citizen.”

Geragos and attorney Tina Glandian are now in a legal battle themselves as the brothers accused in the alleged January hate crime are now using Smollett’s legal team for defamation.