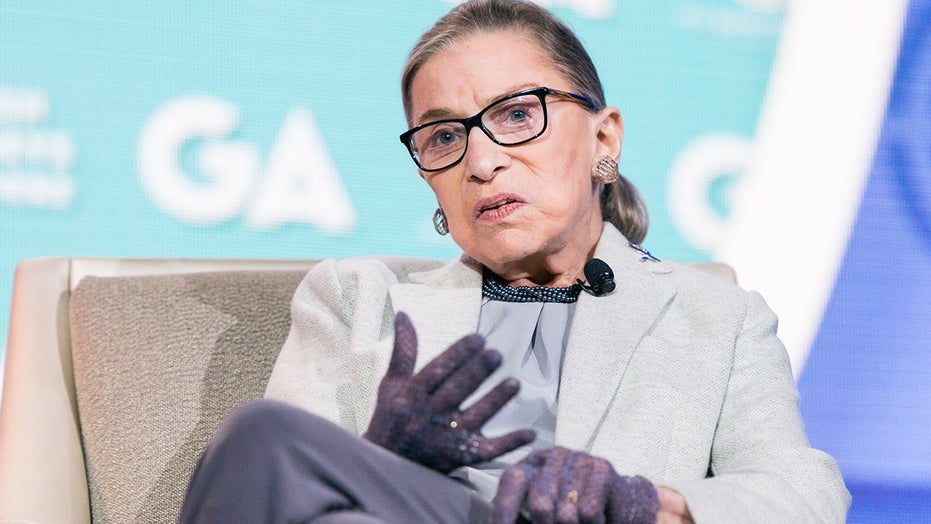 Ruth Bader Ginsburg, a moving force for women’s rights and an associate justice of the Supreme Court since 1993, has died. She was 87.

The justice died Friday after a lengthy battle with pancreatic cancer and as news circulated on the “best real-life hero” award recipient at the MTV Movie and TV awards, so did interest in films that have been made about the legacy Ginsburg left behind.

Ginsburg became a pop-culture phenomenon throughout the years and the Brooklyn native was even dubbed the “Notorious RBG,” an ode to the birthplace she shared with the late Notorious B.I.G. – whose real name is Christopher Wallace.

On the Basis of Sex

The life of Ginsburg was chronicled in 2018 when Felicity Jones channeled Ginsburg in the legal drama and love story “On the Basis of Sex.”

Jones played the struggling Ginsburg, who as a working attorney and new mother, was forced to bust down barriers in her ongoing bout for equal rights. In the film, Ginsburg teams up with her husband and co-litigator Martin Ginsburg -- played by Armie Hammer -- as the pair take on the 1972 gender rights case, Charles E. Moritz v. Commissioner of Internal Revenue.

Felicity Jones appears as Ruth Bader Ginsburg in the movie, 'On the Basis of Sex.' (Photo by Matt McClain/The Washington Post via Getty Images)

The Daniel Stiepleman screenplay also stars Justin Theroux and also focuses on the love connection Ginsburg developed with her husband over the course of their journey working together.

Film directors Betsy West and Julie Cohen earned themselves an Academy Award nomination for their work on “RBG,” a 2018 biographical film about her illustrious life.

The film even features a cameo from Ginsburg, who is rout with laughter while watching Kate McKinnon’s impression of herself on “Saturday Night Live." Ginsburg also appears in the film to discuss her life and career and remains incredibly humble about the meteoric ascent her name and legacy has taken as an outspoken voice on equal rights for men and women, and as a dissenter in a landscape untraveled by her ilk.

Following the news of Ginsburg's death, West and Cohen, issued a statement to Fox News: "Like so many Americans, we are crushed by the death of Justice Ruth Bader Ginsburg. Even had she not become a Supreme Court Justice, Ginsburg earned a place in history for what she did to win equally for American women."

FILE - In this July 31, 2014, file photo, Associate Justice Ruth Bader Ginsburg is seen in her chambers in at the Supreme Court in Washington. (AP Photo/Cliff Owen, File)

The statement continued: "When we asked her several years ago how she wanted she wanted to be remembered, she said with characteristic modesty, '"Just as someone who did whatever she could, with whatever limited talent she had, to move society along in the direction I would like it to be for my children and grandchildren.'"

“RBG” is available to stream on Hulu with subscription. The Oscar-nominated piece is also available for digital download to rent or purchase on iTunes, YouTube, Amazon, Google Play and iTunes.