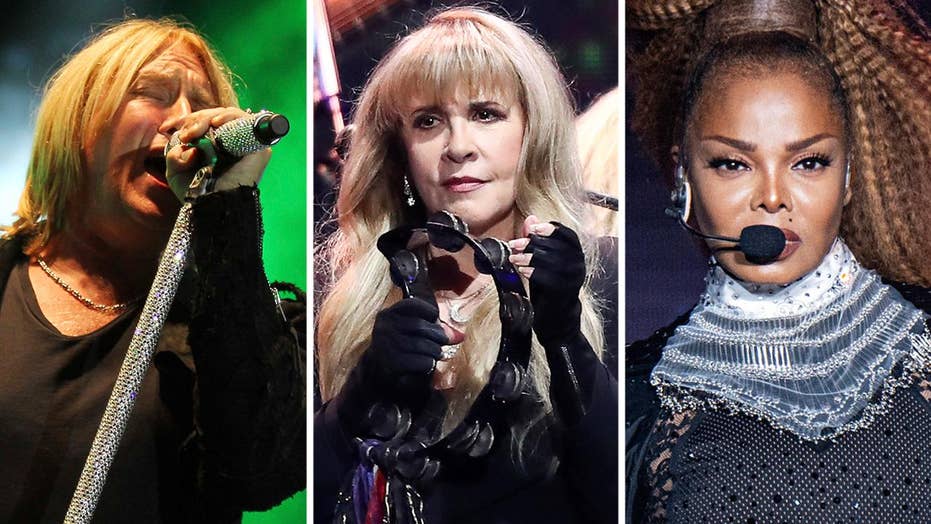 Top Talkers: Def Leppard, Stevie Nicks, Janet Jackson, Radiohead and The Cure are among the 2019 inductees to the Rock &amp; Roll Hall of Fame.

Def Leppard, Stevie Nicks and Janet Jackson are among the 2019 inductees to the Rock & Roll Hall of Fame.

Other inductees include Radiohead, The Cure, Roxy Music and The Zombies.

The Rock & Roll Hall of Fame's international voting body consists of more than 1,000 participants, including current living inductees, historians and members of the music industry.

Def Leppard, Stevie Nicks (as a solo artist) and Roxy Music were on the ballot for the first time this year.

The rest of the inductees were the top five artists as selected by the public on a "fans' ballot" that was tallied along with the other ballots to determine the 2019 Inductees. Four of the top five artists (Def Leppard, Stevie Nicks, The Zombies and The Cure) from the fan ballot will be inducted as performers in 2019.

Inductees are chosen based on a variety of criteria, including the artist’s musical influence on other artists, length and depth of the artist's career, and innovation and superiority in style and technique in the artist's body of work.

Next year's ceremony will take place Friday, March 29 at Barclays Center in Brooklyn, New York. The Rock Hall will unveil its 2019 Inductee exhibit at the Museum in Cleveland, Ohio, in conjunction with the celebration.