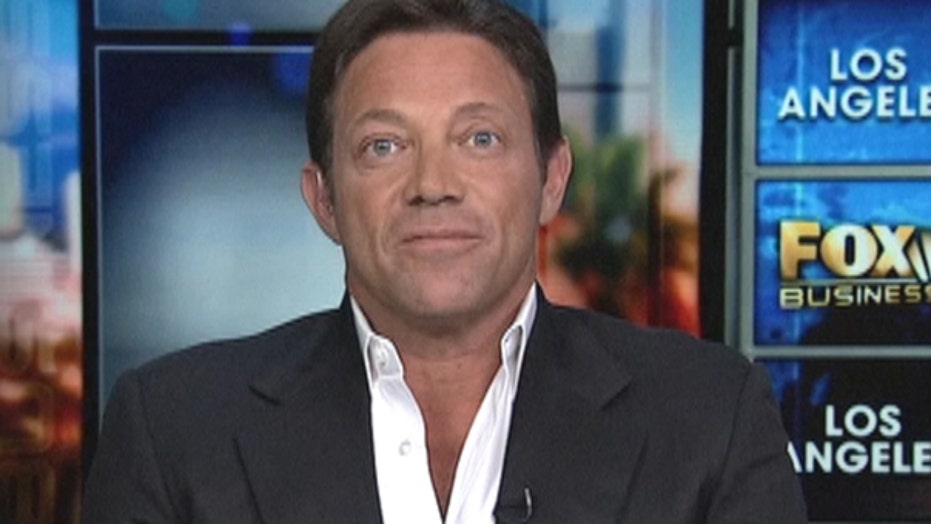 Claman on Call: FBN’s Liz Claman with an after-hours web exclusive on the markets, ‘Wolf of Wall Street’ Jordan Belfort’s future as a motivational speaker and the premium tequila maker Tequila Avion.

The real-life “Wolf of Wall Street” is facing tough grilling from authorities who seek to make a larger “dent” in what they say he owes to the victims of his infamous scam.

Jordan Belfort, the stockbroker who was portrayed by Leonardo DiCaprio in Martin Scorsese’s 2013 movie, will have to testify about his income after a federal judge said Wednesday that he needs to come clean on $97 million in unpaid restitution, The New York Post reported.

“I do want to figure out a way to make a bigger dent in what he owes,” Brooklyn federal Judge Ann Donnelly said. “It’s not a particularly attractive picture, him taking all this money and claiming he needs it to support his family.”

“I do want to figure out a way to make a bigger dent in what he owes."

The defense lawyer for Belfort agreed to a deposition, where his client will have to answer about his earnings since 2006.

Belfort served 22 months between 2004 and 2006 for securities fraud totaling over $200 million. He was ordered to give back $110 million of his money, yet recent court records show that the allegedly kept at least $9 million he made from speeches between 2013 and 2015.

The prosecutors believe he also earned money from the sale of his books, which became popular following the movie depicting his rise and fall.

“It seems like he has some spare change lying around,” the judge said. “He’s going to have to come here so we can get a grip on what’s going on.”

Sharon Cohen Levin, his lawyer, dismissed the allegations, saying Belfort who has two kids with his second wife, is “actually is quite cash-strapped, right now.”

The Post reported last year that Belfort lives in an expensive home in Manhattan Beach, Calif., drives a Mercedes and attends tennis lessons from Jeff Tarango, a former star player.

“For the last two years I have been writing and doing less speaking, so [earnings] have been lousy,” Belfort said at the time.