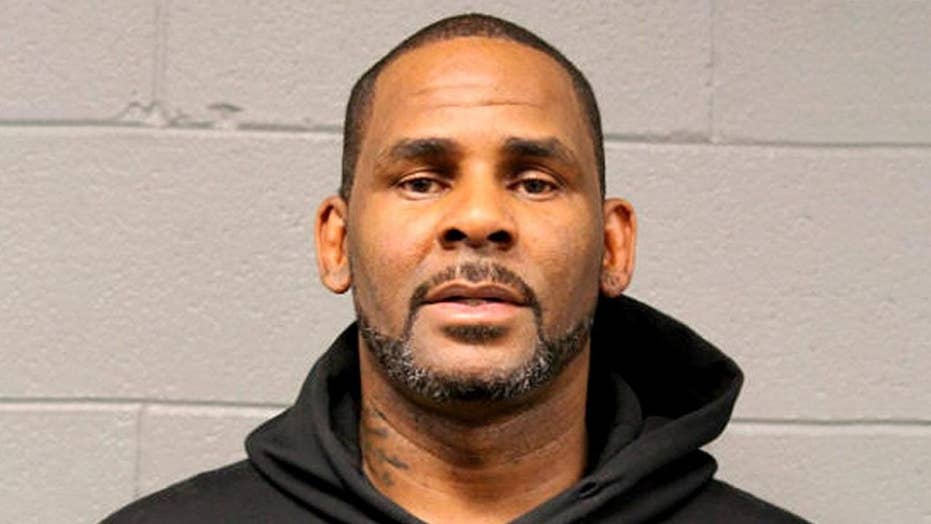 Singer R. Kelly’s bond was set at $1M after being charged with 10 counts of criminal sexual abuse.

R. Kelly will remain behind bars until Monday or Tuesday as his team scrambles to arrange to pay the $100,000 bail needed to free him as he awaits trial for aggravated sexual abuse, his lawyer told Fox News Sunday.

The 52-year-old R&B star had hoped to walk out of the 7,000-inmate Chicago jail over the weekend, but defense attorney Steve Greenberg told us that coordinating the payment is complicated.

"He has to rely on others acting on his behalf," Greenberg told Fox news. "And it's just not that easy — because Kelly's in jail."

A bond court judge on Saturday set bail at $1 million, requiring the Grammy Award-winning singer to pay 10 percent. Among the conditions of release is that Kelly have no contact with females younger than 18.

R. KELLY BOND SET AT $1M AFTER BEING CHARGED WITH 10 COUNTS OF CRIMINAL SEXUAL ABUSE

In arguing for bail within the singer's ability to pay, Greenberg told the judge that Kelly wasn't wealthy despite decades of success creating hit songs. The lawyer blamed mismanagement, bad contracts and other issues for his client's financial woes.

Greenberg said he had braced for the possibility that bail could be higher than $1 million, but was pleased when Judge John Fitzgerald Lyke Jr. arrived at the amount he did.

There are multiple logistical issues that could have thwarted Kelly's efforts to pay over the weekend, said Joseph Lopez, a criminal defense attorney in Chicago not connected to the Kelly case.

Bond can be paid by credit card, cash or check. Court officials must be able to talk to bank officials directly to confirm that an amount written on a check is covered, and that's not possible when banks are closed, Lopez said. 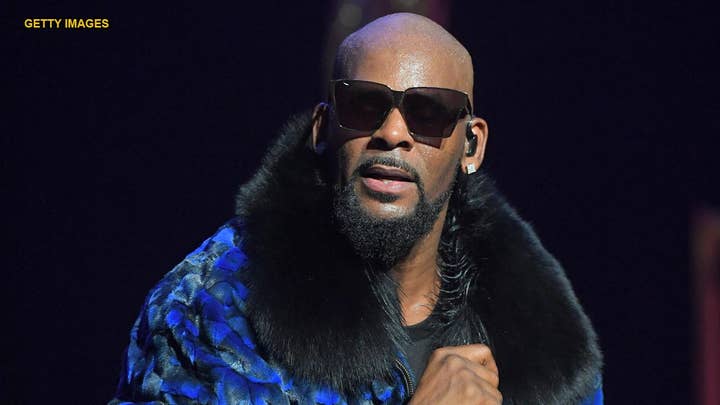 Records on the Cook County sheriff's website say Kelly is in Division 8 of the county jail, where the medical unit is located but also where inmates considered at risk from the general inmate population are held, Lopez said.

Kelly was charged in a grand jury indictment unsealed Friday with 10 counts of aggravated sexual abuse involving four victims, three of whom were minors.

Greenberg said a judge will assign a trial judge to the case at a brief Monday morning court session that Kelly is expected to attend.

Disturbing details of the allegations against Kelly emerged Saturday when the prosecution released four detailed documents — one for each accuser — outlining the basis for the charges. The allegations date back as far as 1998 and span more than a decade.

A 16-year-old girl who attended Kelly's child pornography trial in 2008 got his autograph after a court session. He later invited her to his home in the Chicago suburb of Olympia Fields, where they had sex multiple times, according to the documents, which said he also slapped, choked and spit on her.

In 1998, another girl reported meeting Kelly at a restaurant where she was having a 16th birthday party. Kelly's manager gave her the singer's business card and suggested she call Kelly. The girl's mother heard the exchange, took the card and told the manager her daughter was 16.

But her daughter later retrieved the card from her purse. She contacted Kelly, who gave her instructions and money that she assumed was for the taxi fare to his studio, where they had sex periodically for a year, the documents said.

In early 2003, a Chicago hairdresser told prosecutors that she thought she was going to braid Kelly's hair, but he pulled down his pants and instead tried to force her to give him oral sex. The woman, who was 24, was able to pull away, but Kelly ejaculated on her and spit in her face, the documents said.

Prosecutors also described a witness who had access to videotapes showing Kelly having sex with a 14-year-old girl. The witness turned a tape over to authorities and identified the girl, who repeatedly stated her age on the footage, according to the documents.

Kelly's DNA was found in semen on one of the accuser's shirts, and semen found on a shirt worn by another was submitted for DNA testing, Cook County State's Attorney Kim Foxx said. It was not clear when the accusers turned the shirts over to authorities — whether it was shortly after the abuse or more recently.

At the bond hearing, Greenberg said his client is not a flight risk. He told the judge, "Contrary to the song, Mr. Kelly doesn't like to fly." One of Kelly's best-known hits is "I Believe I Can Fly."

After the hearing, Greenberg told reporters that Kelly did not force anyone to have sex.

"He's a rock star. He doesn't have to have nonconsensual sex," Greenberg said.

The judge ordered Kelly to surrender his passport, ending his hopes of doing a tour of Europe in April. Kelly defiantly scheduled concerts in Germany and the Netherlands despite the cloud of legal issues looming over him. Greenberg denied that any tour was planned.

The recording artist, whose legal name is Robert Kelly, has been trailed for decades by allegations that he violated underage girls and women and held some as virtual slaves.

R. KELLY SPENDS NIGHT IN SLAMMER, UNABLE TO COME UP WITH $100G

Kelly has consistently denied any sexual misconduct. He broke into the R&B scene in 1993 with his first solo album, "12 Play," which produced such popular sex-themed songs as "Your Body's Callin'" and "Bump N' Grind."

He rose from poverty on Chicago's South Side and has retained a sizable following. Kelly has written numerous hits for himself and other artists, including Celine Dion, Michael Jackson and Lady Gaga.

In 2008, the jury acquitted Kelly of child pornography charges that centered on a graphic video that prosecutors said showed him having sex with a girl as young as 13. He and the young woman allegedly seen with him denied they were in the 27-minute video, even though the picture quality was good and witnesses testified it was them, and she did not take the stand. Kelly could have been sentenced to 15 years in prison. 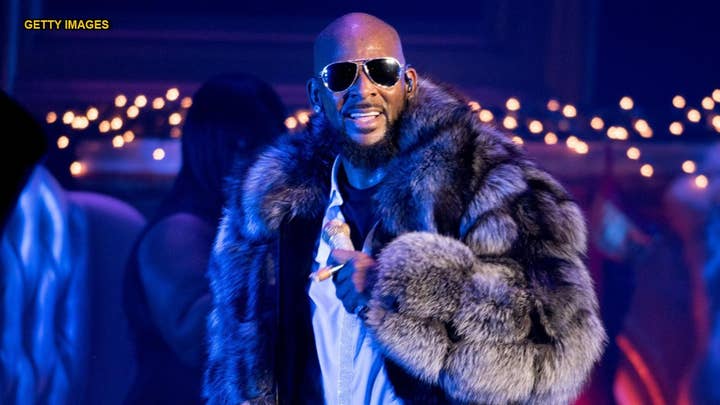 Charging Kelly now for actions that occurred in the same time frame as the allegations from the 2008 trial suggests the accusers are cooperating this time and willing to testify.

Because the alleged victim 10 years ago denied that she was on the video and did not testify, the state's attorney's office had little recourse except to charge the lesser offense under Illinois law, child pornography, which required a lower standard of evidence.

Each count of the new charges carries up to seven years in prison, and the sentences could be served consecutively, making it possible for him to receive up to 70 years. Probation is also an option.

The walls began closing in on Kelly after the release of a BBC documentary about him last year and the multipart Lifetime documentary "Surviving R. Kelly," which aired last month. Together they detailed allegations that he held women against their will and ran a "sex cult."