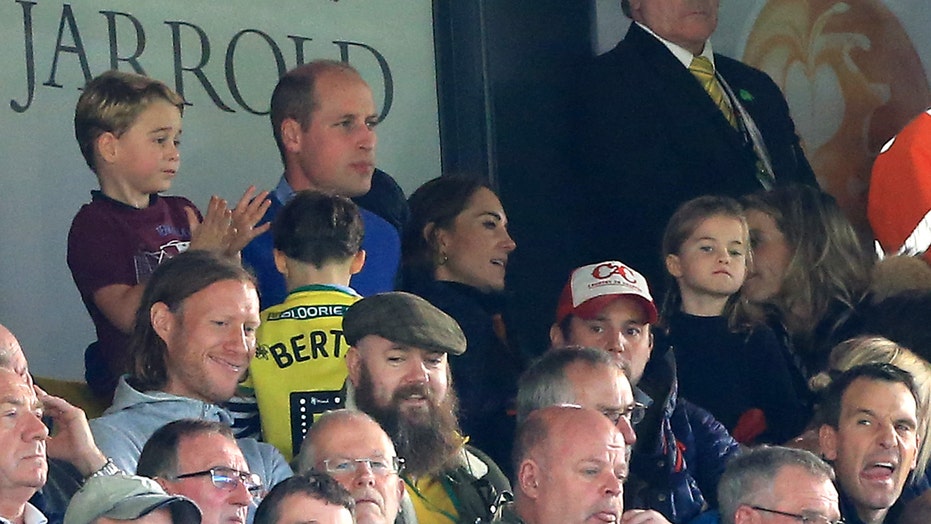 Royal soccer fans in the making.

The couple decided to leave 17-month-old Prince Louis at home.

PRINCE GEORGE HAS ADORABLE NICKNAME FROM HIS FRIENDS AT SCHOOL, REPORT SAYS

The royal family was all smiles as their favorite team, Aston Villa, won 5-1, and Prince Geoge showed off his spirit in an Aston Villa t-shirt as he cheered and clapped for the team.

The youngster is growing to love the sport. He reportedly had a soccer-themed sixth birthday party in July and in his official birthday photos, Prince Goerge is wearing an England national team jersey.

Also in July at a polo match, he was spotted kicking around a soccer ball with his sister.

Prince William has been a longtime fan of the club.

In May 2015, he told BBC presenter Gary Linker about why he's so passionate about the team.

“A long time ago at school, I got into football big time. I was looking around for clubs. All my friends at school were either Man United fans or Chelsea fans and I didn’t want to follow the run of the mill teams," be explained.

“I wanted to have a team that was more mid-table that could give me more emotional rollercoaster moments," he added.