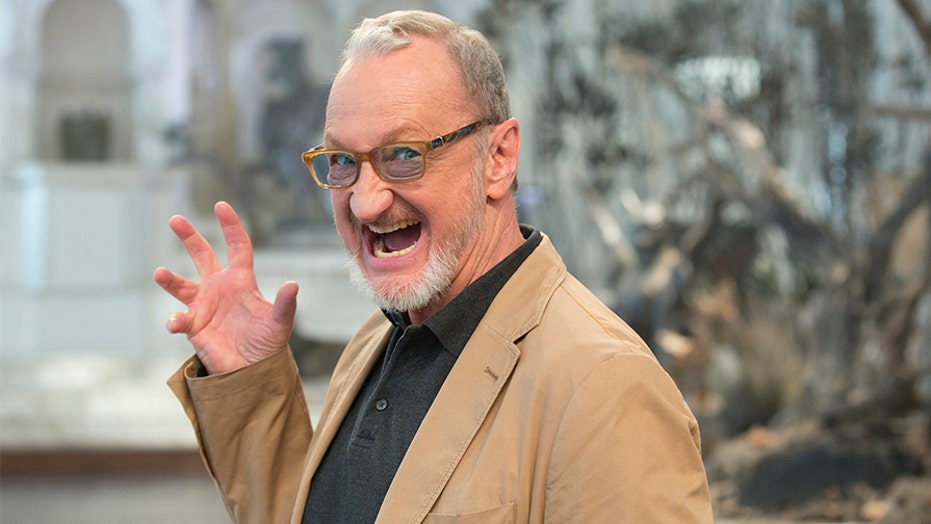 Robert Englund has found a new way to keep Americans across the country up at night.

The actor, best known for playing serial killer Freddy Krueger in the “Nightmare on Elm Street” film franchise, is taking on hosting duties for Travel Channel’s new series “True Terror.” The show explores chilling tales from American history, all ripped from the pages of local newspapers. For the 72-year-old, it was far from a match made in hell and he was all too eager to take on the challenge.

The star spoke to Fox News about his favorite haunting tales from “True Terror,” his own encounter with the unexplained, the most unusual encounter he’s ever had with a fan, and why he won’t play Krueger again anytime soon.

Fox News: It seems like you’ve happily embraced your horror icon status over the years.
Robert Englund: It's a great thing that's happened to me. I’ve been acting since the spring of 1973… I’ve had this great career all through the ‘70s. But I was typecast as a best friend and even a Southerner at one point. Then I did a hit television series where I was kind of a geeky guy.

Robert Englund in movie art for the film 'A Nightmare On Elm Street 4: The Dream Master', 1988. (Photo by New Line Cinema/Getty Images)

And while I was on my hiatus, I did the first “Nightmare” film. And “Nightmare on Elm Street” made me internationally famous overnight. It was big in the UK, France, Italy, Spain, Japan, America - you name it… What this experience has taught me is that horror, science fiction, fantasy - these movies speak the international language of cinema. And it’s very universal.

I am very grateful for it all. I am very grateful I had this accident in my career of doing 20 years of a successful horror franchise. And listen, when you get to be my age, there’s nothing like being sent over to Italy for six weeks to do a movie where I live in Tuscany and chase around a beautiful Italian actress in a castle. Life could be worse *laughs*.

Fox News: Do you want to see Freddy Krueger move on without you or would you consider playing him again?
Englund: Listen, I’m an old dog. I guess I could put a couple of hair plugs and dye my hair red. I could also probably lose a couple of pounds and maybe do a prequel. Maybe underneath my beard, I still look younger than I am. It’s gone silver now.

Somebody once told me back in 2010 or something about a prequel script leading up to Freddy getting burned… I would love to try something like that. There’s a tradition in horror movies for an actor from a previous one to do a cameo. That could be fun. Maybe I can play one of the therapists the kids go to see because of their collective nightmares. And I think the fans would appreciate that.

You have to keep snapping your head from three-four different angles. By the end of the day, I could barely look over my shoulder. My neck was so stiff. So that’s a problem. And although I could maybe do it once more right now, I think we need somebody that the audience can fall in love with. Someone who can them on this journey of the franchise again.

Fox News: Would you want a new Freddy Krueger?
Englund: I would love to see them do it. I’ve heard all kinds of rumors. I remember at one of the conventions, a fan overheard they were looking into Kevin Bacon. And I think Kevin Bacon would make a great choice. He’s a brilliant actor and he’s very physical, which the role requires you to be.

But that was just a rumor that’s sort of squelched. I’m a big fan of Kevin’s but he may not want to do it. As for me, I wouldn’t mind doing a cameo if they’re going to do a prequel. I don’t think I’m going to put on the Freddie sweater again.

Fox News: Are there any other actors you feel would be a great fit to play Freddy Krueger?
Englund: William Moseley is a terrific actor, but he might be too tall for Freddy. But he’s an interesting choice and I think he could do it.

Fox News: What’s the strangest encounter you’ve ever had with a fan?
Englund: I once did a television series in the mid-‘80s called “V.” It was a big hit on NBC. I had a fan who was so obsessed with my character. Now, this is before we were really familiar with cosplay. You’d only see cosplay at Halloween or maybe a masquerade party. But I had this fan who was a young girl and she was obsessed with my character. I kept seeing her over and over again at science fiction conventions in Atlanta and New York. She also would send me all of these great ideas for storylines.

I finally convinced her she should just be a writer.  And then she started dressing like my character. I’ve had some strange Freddy encounters, but that was certainly the strangest.

Fox News: How are the Freddy Krueger fans?
Englund: My fans have nothing to do with the dark side at all. They all have these great stories about going to their mom and pop video store, renting one of the VHS tapes and then bringing it home for a weekend when they would turn all the lights down, have a pizza and watch the movie together as a family.

For the last 10 years, I’ve heard so many stories of families coming together because of "Elm Street." And how they would scare each other afterward. The memories weren’t of them being scared to death by me. The memory was about spending time with their families. Watching mom jump at a scary part or dad attempting the Freddy laugh outside their bedroom at night. It’s become this nostalgic memory of a shared family experience.

Back then we were a controversial film. And yet you had all of these families across America sitting together watching me while eating that last piece of cold pizza. It takes on a whole other kind of light - one that I’m proud of.

Fox News: What made you want to host Travel Channel’s “True Terror”?
Englund: I thought it was a really interesting challenge. I’ve hosted shows before, and it can be challenging. You have to make the decision of whether the narration should be conversational, a little theatrical, a little dark or if you want to be like the guy on “Dateline” and reiterate facts.

But the thing that got me involved was that many of these stories can be proven by science. We are smarter now than we were. Most of our stuff is 19th century and a little bit of the early 20th century. And yet all of these stories were reported in newspapers. Even 100 years ago, we were interested in these kinds of stories. We believed in our own conspiracy theories, much like how we do today… It’s an insight into the dark underbelly of the American psyche.

Fox News: What did you think of the story concerning Bigfoot?
Englund: I remember as a young man going to the drive-in movie theater for one of those cheesy movies. At the time, I thought it was farfetched and just plain silly. But later on, I… [learned] the legend of Sasquatch existed in Native American lore, in Aboriginal lore. And in “True Terror,” we explored how Teddy Roosevelt, the president of the United States and a hunter, had his own experience with a Sasquatch. It’s amazing how these same legends and figures exist in various forms.

Fox News: Have you ever had your own encounter with the unexplained?
Englund: I’ve experienced Deja Vu back in the ‘70s and ‘80s. It might have been the ‘90s, too. I would go into hotel lobbies [in Europe], or maybe a restaurant or bar and I was just floored. I’ve dreamt of those rooms exactly before I was in it. I don’t know what that means, how that happened, whether it was just an accident of random thoughts congealing in my subconscious... It must mean something. I”m not sure what.

I also remember a time [on set] where I worked at a hospital... We were killing time waiting for the film crew to arrive. We were in a room that I believe had been used as a coroner's room in this now old, abandoned hospital. The crew used to describe feeling these cold spots.

Well, I was sitting and then felt this… I don’t know what you would call it. I think the idea is that there’s a certain amount of electricity that exists in all of us… And that electrical energy can leave a residue, especially in a room filled with pain and emotion. So I think there’s something to that.

Fox News: Which episode from “True Terror” terrified you the most and why?
Englund: I really did like the buried alive segment. I think it triggers something that’s very primal… There’s just something about being inside a coffin and hearing that dirt fall on top of it… That one certainly scared me the most. There are no ghosts involved and it really happened. I think that’s even scarier.