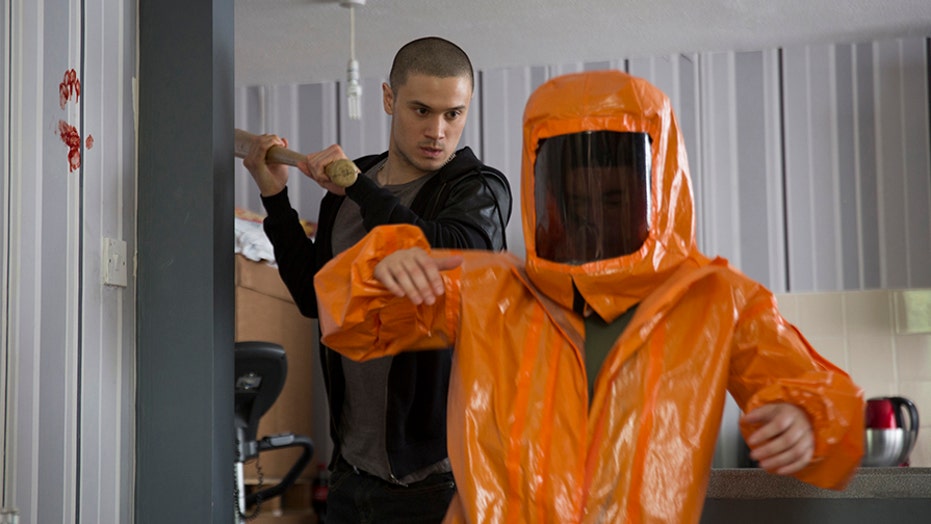 Neil McEnery-West, the director of 2015’s “Containment,” could have never predicted his film would hit close to home.

The British thriller explores how an epidemic suddenly breaks out and causes residents to realize they will perish unless they band together.

On Monday, 1.5 billion people – one-fifth of the world’s population – were urged or ordered to stay home to try to blunt the spread of the coronavirus.

Worldwide, more than 350,000 people have been infected and 15,000 have died from the virus. As cases in China eased, where the virus first emerged late last year in the city of Wuhan, the dangers to Europe and the U.S. have grown exponentially, although Germany on Monday cautiously reported some flattening of its infection curve.

HARVEY WEINSTEIN HAS TESTED POSITIVE FOR CORONAVIRUS, HAS 'NO SYMPTOMS,' SOURCE SAYS

Neil McEnery-West, the director of 2015’s 'Containment,' could have never predicted his film would hit close to home. (Vision Films)

MADONNA SHARES A BIZARRE CORONAVIRUS-THEMED RANT FROM THE BATHTUB

After just a few weeks, the U.S. has more than 35,000 cases and more than 400 deaths. From California to Illinois to New York, officials have now asked or ordered one-third of the U.S. population to stay home, with nonessential businesses closed.

“When David Lemon and I were developing the story I think it's fair to say neither of us imagined we'd ever live through this kind of global pandemic,” McEnery-West told Fox News.

“Obviously our story is dramatized, and therefore very heightened, but it's interesting to see the way people are reacting out of fear in this very real situation,” he continued. “This was a core theme of ‘Containment,’ and one that's very human. Since the pandemic has accelerated even a trip to the supermarket is now filled with tension and anxiety.”

McEnery-West stressed that he hopes audiences discovering the film for the first time won’t be alarmed by the fictionalized tale.

'Containment,' The British thriller explores how an epidemic suddenly breaks out causing residents to realize they will perish unless they band together. (Vision Films)

“I hope they'll be entertained first and foremost,” he shared. “It was always designed to be a tense psychological thriller, and the aim for me was to provoke reactions from the audience, and get them thinking about how people deal with fear in extreme circumstances.”

“I hope anyone watching it in the context of what is going on right now might consider how reacting out of fear can potentially make things much worse,” added McEnery-West. “And that keeping a measured perspective is key.”

Still, McEnery-West admitted the last few weeks have been “surreal” as the real-life pandemic continues.

“In a way, it feels safer now that we've self-isolated,” he explained. “Traveling into London over the last few weeks was very tense, so I'm pleased to be at home with my family.”

McEnery-West also shared he is taking comfort in Tom Hanks’ message for his followers. The 63-year-old and his wife, Rita Wilson, were in Australia filming an untitled Elvis Presley biopic, directed by Baz Luhrmann, when the pair tested positive for coronavirus on March 11.

Throughout his quarantine, Hanks has kept his fans and the public updated on his condition – including making an Instagram reference to his role as the iconic television personality Fred Rogers when he told his followers to “Look for the helpers,” a phrase his mother told him to do when he was in trouble.

“I think Tom Hanks says it best when he talks about his own philosophy on life, which itself is a wonderful old Persian adage -- 'This too shall pass,’” said McEnery-West.

Italy’s infections continued to spike, hitting 59,000 cases and 5,476 deaths, and India took the extraordinary step of shutting down the nation’s rail system, which has long been the lifeblood of the country of 1.3 billion people.

Tom Hanks and his wife Rita Wilson have reportedly both been diagnosed with coronavirus and are self-quarantining in their home.

The arrival of the global pandemic in Syria as well as the Gaza Strip has raised concerns it could run rampant in some of the most vulnerable areas in the Mideast.

For most people, the new coronavirus causes only mild or moderate symptoms, such as fever or coughing. But for some older adults and people with existing health problems, it can cause more severe illness, including pneumonia. Over 100,000 people have recovered, mostly in China.