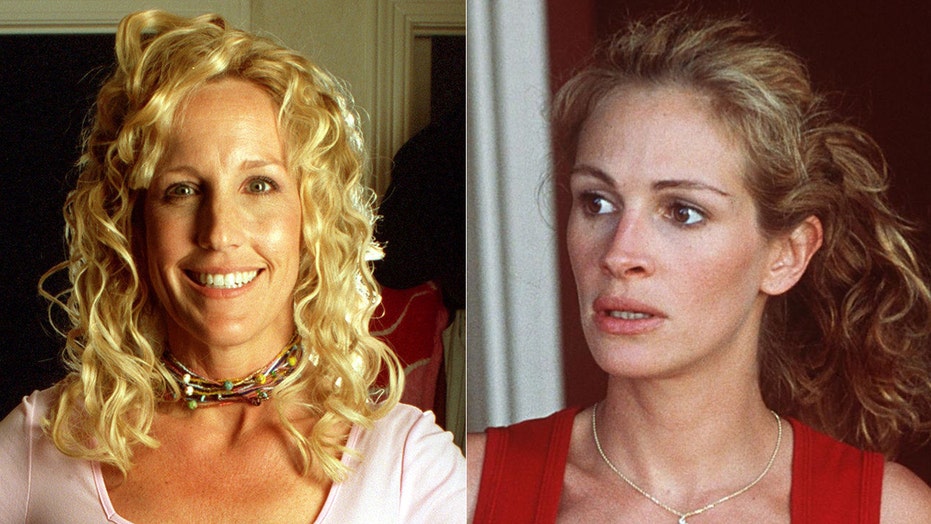 When consumer activist Erin Brockovich took on Pacific Gas & Electric Co. in the ‘90s, she had no idea Hollywood would take notice.

The now-59-year-old rose to fame while fighting PG&E over a toxic chemical in the water supply of a Southern California community. Her battle became the subject of the 2000 film “Erin Brockovich,” which starred Julia Roberts.

In 2001, the actress, now 52, went on to win her first Oscar for her portrayal of Brockovich in the drama. As for Brockovich, she went on to become a household name overnight. Still, the no-nonsense legal researcher continued raising awareness on environmental issues and the importance of having clean water.

In honor of the film turning 20, Brockovich spoke to Fox News about what it was like meeting Roberts, who she originally wanted for the role and what her life is like today.

Fox News: Looking back, how surprised were you that Hollywood wanted to make a movie about your life?
Erin Brockovich: I’m still surprised, to be honest. I never thought anyone would want to do a film about the work I’ve done. I think it woke us up to a lot of environmental issues and how communities had to find their voice to raise awareness. … I think the film helped us understand our future and how we can move forward.

Erin Brockovich was the subject of a 2000 film starring Julia Roberts. (Photo by Mel Melcon/Los Angeles Times via Getty Images)

Fox News: Who did you originally want to play you?
Brockovich: I remember my conversation with [attorney] Ed Masry. He said, “Well kid, if they ever make a movie, who would you want to play you?” I said, “We need somebody fun. Maybe Goldie Hawn.” And then he laughed. He said, “I was thinking more along the lines of Roseanne Barr because you’re so rude at times.”

And then I laughed. And then he said, “All kidding aside, I really don’t care who gets the role as long as it’s not Julia Roberts.” I went, “What would make you say that? She’s fabulous.” He goes, “You know, her boobs aren’t big enough. Her mouth’s not bad enough.” And then he goes, “All kidding aside, I really think the most important thing they do is cast Tom Cruise to play me.”

When I’m at work, I’m very serious. I don’t take it for granted. I’m truly concerned about the state of our environmental affairs. I really care that communities get the information they need. It’s an important issue that doesn’t always get the full attention it deserves. It’s always been crucial for me to point out how the environment is impacting our health and welfare.

Fox News: Julia Roberts went on to play you. What was your initial impression and what surprised you the most about her?
Brockovich: You know, there’s a moment in the film that sticks out to me the most – when she’s sick. That was my time away from my kids. I just remember seeing the vein in her forehead. You could feel that passion and she was able to express it in a way that felt so true to what I experienced.

I was beyond impressed with her performance. There were several scenes that stood out to me in that way. What was my impression? I think she got it – the concern for the environment, the passion that drove me, the understanding of the value of water. She got it all.

Fox News: Did Julia come to you for any advice on how to portray you accurately?
Brockovich: No. But I knew she understood it. It didn’t hurt her performance. Sometimes if an actor hangs around with you, they just start to mimic the situation, but not really feel it. But she got. She understood the emotions I felt and portrayed it in such a way that everybody heard it.

Fox News: You also had a cameo role in the film. What was that like?
Brockovich: I did not want to do that, to be honest. But [director] Steven Soderbergh said, “You have to.” It was weird because I’m not an actress and I was in the same scene as Julia Roberts. I mean, are you kidding. And my name tag was Julia. I’m a waitress named Julia and I’m talking to Julia who is playing Erin Brockovich, me.

It was like an out-of-body experience. I couldn’t wrap my head around it. It was exciting, but I don’t like to get ahead of myself. And I was nervous. I’m playing a waitress named Julia on a movie set with Julia Roberts, who is sitting right in front of you. Looking back, I’m glad I did it, but it was a shock to my nervous system.

Fox News: What’s a fun fact about the movie that would surprise viewers today?
Brockovich: You know, when I first met Julia Roberts, I was in a trailer preparing for my little cameo. She came in the door to my right. Remember, she wasn’t going to hang out with me because she wasn’t trying to mimic me for the role.

But I thought, “I’m going to say hi to her.” She turns around and goes, “Hi, I’m Julia Roberts.” I’m becoming a shirking violet at this point and went, “Hi, I’m Erin.” She goes, “Oh my gosh! I’m so embarrassed. I don’t even have my boobs in yet.” That just broke the ice *laughs*.

I also remember the Academy Awards. The next day, four men come to my front door with so many flowers – I don’t even know how they managed to carry all those flowers. And it had a note that I still have today. It was really heartfelt and unexpected… I’m just so proud of her and that performance. Really, really proud.

Fox News: There was a lot of attention around Julia Roberts’ costumes and how she bare cleavage. What did you make of that?
Brockovich: I still laugh about it to this day. I do remember reading those things. But honestly, that was me. And it was hot out there. It felt like a blow dryer. It may not have been appropriate for everybody. But that’s how it was. It didn’t dawn on me that I had to dress a certain way.

There was a bigger issue to tackle and it wasn’t what I was wearing. I think focusing on what the character wore missed the point of the film’s message. But you know, maybe it teaches us something else – don’t judge a book by its cover *laughs*. Why do we want to label someone? Why do we want to put somebody in a box?

Fox News: How much of the biker, played by Aaron Eckhart, was real?
Brockovich: Oh my God, Jorge is amazing. I still get emotional talking about him. He lifted me up during a bad time and loved my kids. He used to always make me laugh. And he believed in me. Jorge was great. Yes, he wore the bracelets and had the ponytail. Boy, was he good looking. Gosh, he had the most beautiful hair. And Aaron Eckhart was also very good looking. He did such a good job.

Fox News: You previously said 98 percent of the film was accurate.
Brockovich: The people were real. We got that right and how the attorneys fought for them. All that time and effort, the persistence, how I needed a job, how I needed to feed my family and how I knew there was something truly wrong – they got all of that right. The frustration the people face, they got that right. That’s why I said 98 percent of the film was accurate… But I don’t think it was possible to get every single plaintiff in there and represent in great detail [for a movie] what they went through.

Fox News: The film changed Julia Roberts’ life. It resulted in her first Oscar. But how did it change your life?
Brockovich: I can’t even begin to explain that. I wasn’t prepared for the media and all the requests for interviews and questions. That all still makes me very anxious. I’m a girl born and raised in Kansas who came to California and was a single mom.

I needed to feed my kids. I just wanted to do a good job. And even after the move, I’m still so involved and invested in this case. But I can still remember the phone ringing non-stop, the excitement, the designers wanting to dress me, the hundreds of emails pouring in – it was a new world for me. And it was completely unexpected.

All the photos, the magazines, the interviews, being on TV – I wasn’t trained to do any of that. But then all of a sudden, I was just thrown in front of a camera. But now that I look back on it? God, what an amazing journey. What a ride. I’m thankful that my story was up on the begin screen. So many people and the media became invested in it and were so interested in understanding environmental awareness… I have grandchildren now. But I’m just as motivated. And my work continues.

Fox News: What do you hope audiences will get from the film in 2020?
Brockovich: You know, I do a lot of keynote speaking at universities. They’re taking the environmental aspect out of it and going, “Wow, I don’t think I really understood this.” I think that message is even louder now.

I still think as a community, we need to band together, work together, believe in what’s happening and believe in each other. I think that’s becoming a big takeaway. Certainly from the perspective of a young woman who was in a field where everyone is telling you that you have no business being here. And yet she believed she could still do the work and help a community. And in turn, they helped each other.