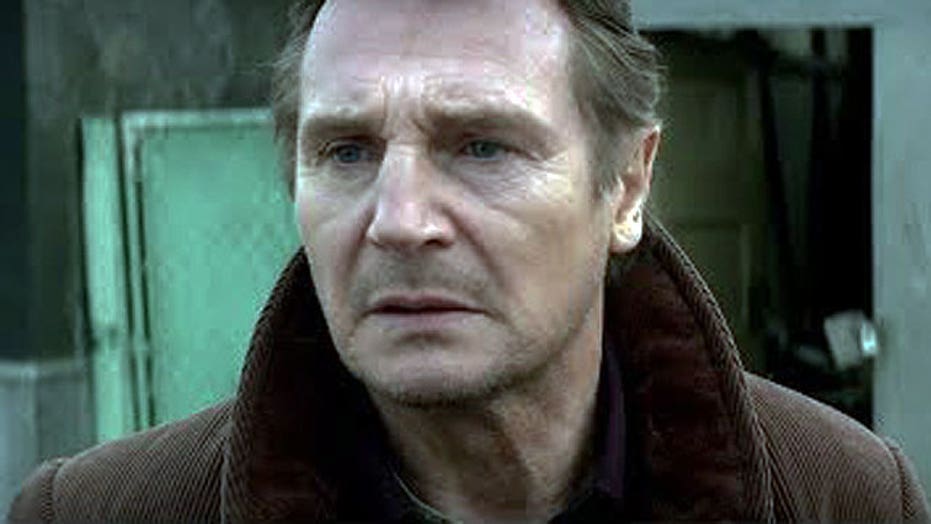 Liam Neeson kills in thriller 'A Walk Among the Tombstones'

It’s Neeson season, that special time of the year when the towering Northern Irish thespian proves once again that he is America’s most badass, formidable action star — watch out “Expendables” cast! Liam Neeson has had one of the most varied careers of any actor, ranging from small parts in 80s sci-fi/fantasy (“Krull,” “Excalibur”) and dramas (“The Mission,” “Suspect”) to superhero flicks (“Darkman,” “The Dark Knight”) to big fantasy (“The Chronicles of Narnia”) and his classic, weightier roles (“Schindler’s List,” “Rob Roy” and “Michael Collins”). Neeson could have probably retired for life after “Star Wars: The Phantom Menace,” but then we wouldn’t have his semi-annual thriller to look forward to each year. Since 2008, Neeson has unleashed his kraken almost every year (sometimes twice a year) with hard-boiled thrillers.

Most recently, Neeson plays the iconic boozing detective Matt Scudder in "A Walk Among the Tombstones." While this isn’t the best of the Neeson thrillers, the tone of the film is tops, giving New York City that old-school gritty paint job harkening back to those wonderful 70s crime films, a la “Death Wish.” The real winner in this film, though, is Neeson’s beard.

"Unknown" is more Hitchcock thriller than action flick. Neeson wakes up from a coma and his identity is stolen. He runs around Berlin shouting that he is Dr. Martin Harris and nobody believes him — not even his wife. This just enrages him so much he turns into angry Liam Neeson. And an angry Liam Neeson at the movies is a fun Liam Neeson. The film is a little silly at times, but it has a classic Europen caper feel to it. Diane Kruger, Aidan Quinn, Frank Langella and Mad Men’s January Jones also star.

See “Taken 1”. Actually, “Taken” was such a massive success it was inevitable that there would be a “Taken 2.” And like most sequels it tries to expand on the success of the original without coming even close in quality. But fear not, “Taken 3” is in the works.

Angry Liam Neeson is a fun Liam Neeson. “Taken” is the film that started Neeson season and is still the most popular. Maggie Grace plays Neeson’s daughter. She gets kidnapped and papa Neeson goes on a vengeful rampage to get her back, killing every person, car and glass window in sight. Written by Luc Besson, “Taken” is somewhat disturbing the more one thinks about it since it’s just pure, glorified revenge violence, though very well done. This does have Neeson’s unforgettable moment when we vows to hunt down and kill the jerks that kidnapped his girl. The world couldn’t

Another Hitchcockian thriller. "Non-Stop" is one helluva ride. Neeson is brooding air marshall Bill Marks who has to find a killer mid-flight. The problem is that all the evidence looks like he’s the killer. Uh-oh. Classic wrong-man stuff and Neeson pulls it off like a champ. Great fun and his a wonderful supporting cast: Julianne Moore, Corey Stoll and Michelle Dockery.

By far the best of Neeson’s recent thrillers. Liam Neeson stranded in the Alaskan tundra hunted by wolves. You know those wolves don’t stand a chance against the Neeson. Nail-biting suspense and Neeson’s ‘MacGyverisms’ prove he’s the best hope we have if we’re ever hunted by wolves.

If you can’t get enough of Neeson season, check out Jon and Al Kaplan’s wonderful “Liam Neeson: The Musical.”