Gretchen Carlson became chairwoman of the Miss America Organization after an email scandal led to the resignations of previous pageant officials. Carlson is seen at an event in New York, April 25, 2017. (Associated Press)

A recent petition calling for the resignations of the new Miss America board, including Chairwoman Gretchen Carlson, has been met with a letter of support for the board from 30 former Miss Americas, reports said Saturday.

The new board, composed of former pageant winners, was named after a 2017 email scandal led to the resignations of the previous leaders of the Miss America Organization.

But last week officials from 22 state pageants signed a petition calling for the resignations of Carlson (Miss America 1989) and President and CEO Regina Hopper (Miss Arkansas 1983), the Press of Atlantic City, N.J., reported.

Now 30 former Miss Americas have responded in a letter to the Press, saying they “fully support” Carlson and the other board members “who are and have been working tirelessly to move our program forward.”

The new leaders have begun making changes in the pageant, which dates to 1921. This year the swimsuit competition has been dropped and the evening-wear portion will allow contestants to wear something other than a gown if they want.

“We’re no longer judging women when they come out in their chosen attire, their evening wear, whatever they choose to do,” Carlson said in a television interview last month. “It’s going to be what comes out of their mouth that we’re interested in, when they talk about their social impact initiatives.”

The Miss World pageant eliminated the swimsuit section in 2014 and Miss Teen USA did so in 2016. 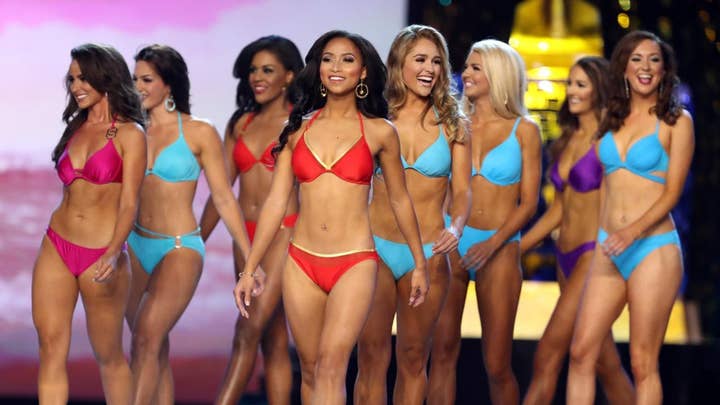 The petition from the state pageant officials expressed a vote of "no confidence" in the Miss America Organization's board of trustees, the Press reported.

"As dedicated members of our state and local communities who lend our reputations, financial support and voluntary efforts to facilitate MAO's long and powerful mission of empowering women to stand up and speak out, we find ourselves needing to use our own voices of leadership to express our profound disappointment regarding what, in our view, is the failed leadership of the entire MAO Board of Trustees," the petition said.

But the former Miss Americas said in their Saturday letter that "We hope the voices of our majority can and will be heard."

Hopper told the Press on Friday that "there are always those who disagree with or find it hard to accept change." She said the organization welcomes "those who want to move forward and be a part of a revitalized program dedicated to providing scholarships and opportunities to all young women."

The Miss America Organization is regrouping after a December scandal in which emails surfaced showing that CEO Sam Haskell and others mocked winners' intelligence, looks and sex lives. Haskell resigned Dec. 23, followed by board members.

The pageant struggled with previous updating efforts, such as a decade-long move to Las Vegas from its longtime home in Atlantic City, to which it returned in 2013.

The nationally televised Miss America broadcast is set for Sept. 9 on ABC.

Carlson was previously with Fox News for 11 years, and received a $20 million settlement in 2016 for her sexual harassment lawsuit against former Fox News CEO Roger Ailes, who died in May 2017.

She has become a notable women’s advocate in the #MeToo movement.