Miley Cyrus revealed details about Liam Hemsworth's anatomy that aren't necessarily Internet-friendly. The pop star appeared to indicate that her fiance is more than adequate when it comes to their bedroom activities.

Miley Cyrus' inspiration to marry husband Liam Hemsworth came not just from her love for the Australian actor, but also her love for Hillary Clinton.

The former "Hannah Montana" star revealed that the losing 2016 presidential candidate's slogan, "Stronger Together," particularly resonated with her after she and Hemsworth lost their Malibu, Calif., home in a wildfire.

"Without feeling like you’re putting a Band-Aid on a bad situation and saying, ‘Oh well, you know, now everything will be better.’ Because a lot of people use marriage I think maybe for a cure," Cyrus, 26, told Vanity Fair in their cover story released this week. "But like my favorite woman in the world, Hillary Clinton, says: We’re stronger together. That’ll make me get emotional. That’s what she meant by it. Like, who gives a f—k if he’s a guy, if I’m a girl, or if he was a woman — who gives a f—k? We really are stronger together. One is the loneliest number.”

Cyrus and Hemsworth, 29, tied the knot in a secret wedding in December at their Nashville, Tenn., home. 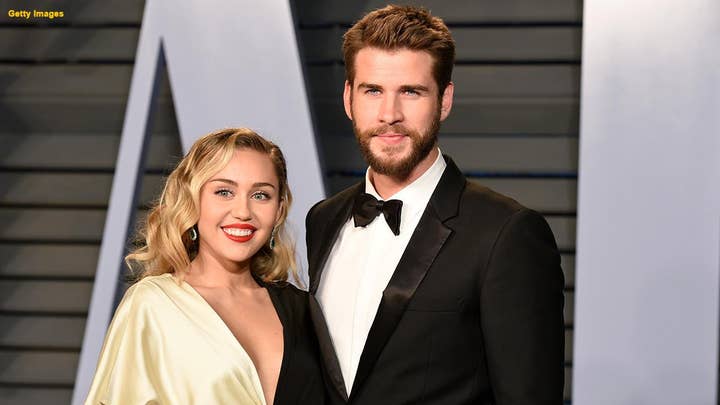 The former twerker added, “The reason that people get married sometimes can be old-fashioned, but I think the reason we got married isn’t old-fashioned — I actually think it’s kind of New Age. We’re redefining, to be f—king frank, what it looks like for someone that’s a queer person like myself to be in a hetero relationship.”

Cyrus has been open about her sexual fluidity and briefly dated model Stella Maxwell in summer 2015 when she and Hemsworth had temporarily split.

“A big part of my pride and my identity is being a queer person,” she said. “What I preach is: People fall in love with people, not gender, not looks, not whatever. What I’m in love with exists on almost a spiritual level. It has nothing to do with sexuality. Relationships and partnerships in a new generation — I don’t think they have so much to do with sexuality or gender. Sex is actually a small part, and gender is a very small, almost irrelevant part of relationships.”