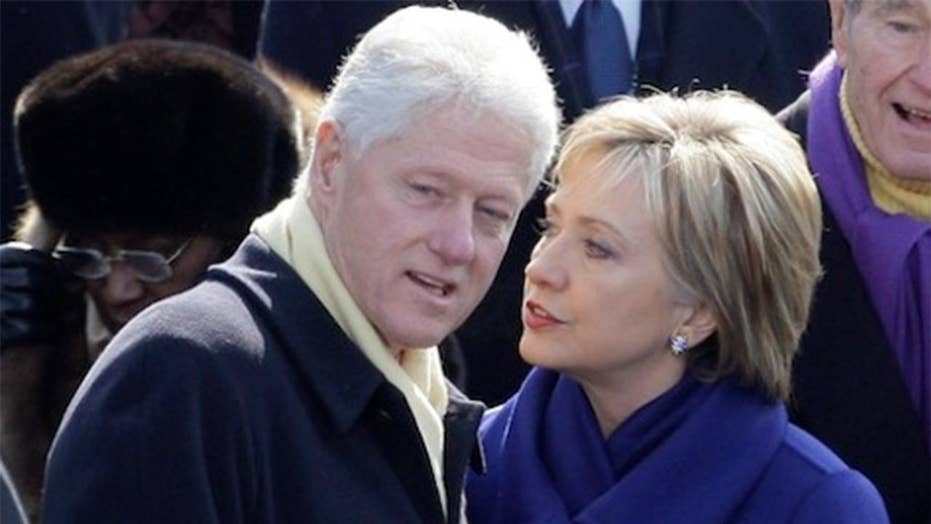 Hillary Clinton has reportedly met with a number of possible candidates for the 2020 Democratic presidential nominee -- a process that is believed to have gone on for months.

Candidates including Sen. Elizabeth Warren, D-Mass., Sen. Cory Booker, D-NJ, Colorado Gov. John Hickenlooper and L.A. Mayor Eric Garcetti, have met with the 2016 nominee, according to Axios, and that she has meetings scheduled with other hopefuls.

"A bunch have picked her brain," a longtime Clinton confidant said.

CNN, meanwhile, reported that they are not just asking for advice, but seeking her support if they choose to run. While Clinton has largely retired from public life, she still holds significant sway with some areas of the Democratic Party and she could play a role as kingmaker in what like is likely to be a packed primary field.

"People are direct in saying they want her support," a source told the outlet. "Others are reaching out."

Axios reports that candidates know she’s the most valuable endorser in the party not named Obama."

While she ultimately lost her 2016 bid to President Trump, and her campaign was criticized by a number of Democrats who felt it was her race to lose, a Clinton confidant told Axios that she may not know who is best to beat Trump in 2020, “but she knows about grueling nomination fights.”

Clinton spokesman Nick Merrill told Axios he wouldn’t comment on private discussion but said she’s “more than happy to talk to anyone considering a run about the challenges (as well as the great things) that go with it, and lessons learned on what to watch for in this next cycle (aside from Vladimir [Putin])."

HILLARY CLINTON CALLS 2018 'A DARK TIME FOR OUR COUNTRY'

While it would seem unlikely Clinton would run herself in 2020, some loyalists have left open the possibility.

"It’s somewhere between highly unlikely and zero,” longtime Clinton aide Philippe Reines told Politico in October, "but it's not zero." The following month, longtime Clinton pollster Mark Penn predicted in The Wall Street Journal that Clinton would run in 2020 as "Hillary Clinton 4.0" by completing a 360-degree rotation back to "back to the universal-health-care-promoting progressive firebrand of 1994."