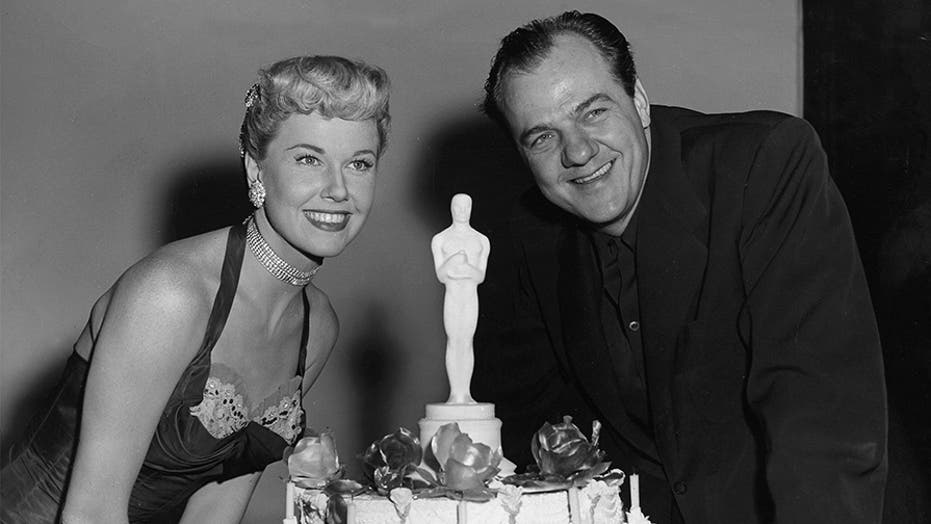 Carla and Mila Malden knew they weren’t like other kids.

For starters, they lived in a home on a canyon in Los Angeles where they were neighbors with movie stars like Richard Widmark and Eva Marie Saint. But their father, Karl Malden, was also part of Hollywood royalty. In fact, he won an Oscar for Best Supporting Actor in 1952’s “A Streetcar Named Desire,” which also starred Marlon Brando and Vivien Leigh.

“He was a magnificent, fantastic father,” Carla, 66, recently told Closer Weekly for the magazine’s latest issue, currently on newsstands.

“He was funny and caring and in a lot of ways he was like a big child himself,” she continued. “Children adored him, and he adored children.”

Malden passed away in 2009 at age 97 from natural causes. In his lifetime, he not only enjoyed a career that spanned for more than 60 years in theater, film and television, but he also enjoyed a loving marriage of more than 70 years to former actress Mona Greenberg.

Malden’s daughters shared that while he was often away on set, he always made sure to include his children in his work whenever he was home.

“I remember my sister and I rehearsing all of his songs from ‘Gypsy’ with him after dinner every night,” Mila, 72, recalled to the outlet about her father’s role in the 1962 musical. “He was goofy, warm and sweet.”

Malden also enjoyed a close bond with Brando. The two starred in three films together, including 1954’s “On the Waterfront” and 1961’s “One-Eyed Jack.”

“He picked parts that were different from each other, so he was never pigeonholed,” said Mila. “And he always threw himself into whatever he was doing 150 percent.”

And the women insisted Malden was always grateful to have a place in Hollywood. They shared he wasn’t above taking a gig doing TV commercials because it meant he was still working.

“Laurence Olivier was doing an ad campaign for Polaroid cameras, so he figured, ‘Well, if Olivier can do it, I can do it,’” said Carla. “He shot one ad a week [for American Express] for 21 years, and he was happy to do it.”

“He was never cantankerous — he was always loving and grateful,” said Carla. “He considered himself enormously fortunate, and he was always surrounded by family who adored him. He had a really magnificent life. It was beyond his wildest dreams.”

In 2004, Malden told the Los Angeles Times that he broke his nose twice playing sports as a teenager, which made the former Indiana steel-mill worker realize that he would never be a leading man — and he was perfectly content with that.

“I never thought I was salable,” he recalled at the time. “I learned in my second year of drama school that I was not a leading man — I was a character actor. So I thought, I’d better be the best character actor around.”

Malden appeared in more than 50 films. His last role was that of Father Thomas Cavanaugh in 2000 for the TV series “The West Wing.”

Saint, who worked with Malden in “On The Waterfront,” called her neighbor and pal “a consummate actor.”

“He never changed, he always became the character,” she told the outlet at the time of Malden’s death. “If you watch his work, he never falls, there’s never a false move.”

The outlet also noted that Malden often said: “I’m the happiest man in the world because of my family.”

In 1991, Malden admitted to the outlet that he never expected to win an Oscar for “A Streetcar Named Desire.” His family was in New York while he was filming on the west coast, which meant Malden drove to the ceremony alone in an old green rented Chevy. Malden was so embarrassed when he saw the limousines pulling up for the ceremony, he parked two blocks away.

When Malden’s name was called as the winner, he asked Humphrey Bogart, who was in attendance with Lauren Bacall, to watch his coat.

“He said, ‘Get up there kid, take your Oscar,’” said Malden. “About a half-hour later, I see Bogart holding an Oscar for Best Actor in ‘The African Queen.’ The first thing I said to him is, ‘What did you do with my coat?’ He said in nice words, ‘Forget your coat, hold on to the god—n. Oscar.’”