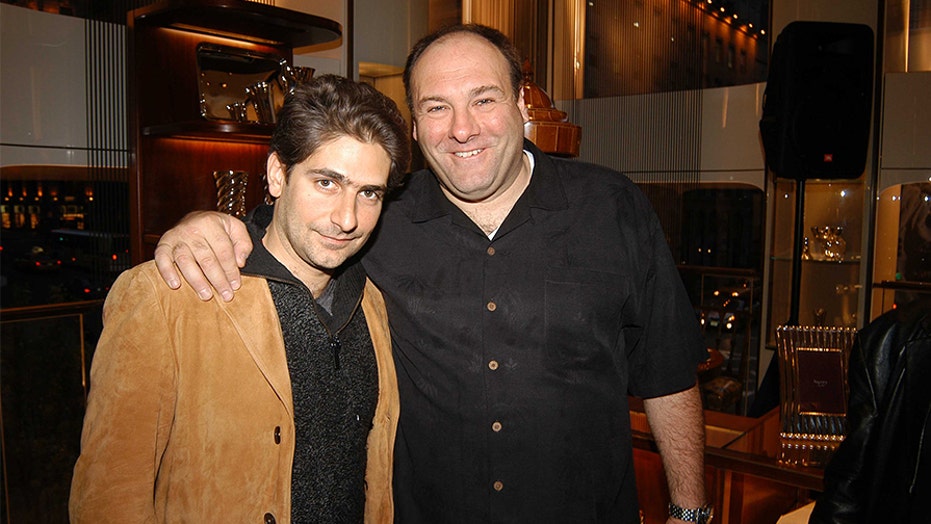 Michael Imperioli was an up-and-coming actor in 1997 when he was offered two gigs. One of them would forever change his life.

This first project was a film, Woody Allen’s “Celebrity;" the second, a TV pilot. While the now-53-year-old was leaning toward taking on the small role in the movie, he ultimately decided to take a chance and star in the show instead. That series was “The Sopranos,” which would go on to win 21 Emmys and become the first cable series to ever win an Emmy for outstanding drama series. Imperioli also gained a pal, the show’s star James Gandolfini.

The HBO series aired from 1999 until 2007. Since then, Imperioli has continued pursuing his passion for acting, taking on a variety of roles that go beyond a New Jersey gangster. These days, he’s starring in “Primal” opposite Nicolas Cage. Despite appearing in many projects since, Imperioli continues to treasure his memories working alongside Gandolfini, who passed away in 2013 at age 51 from a heart attack.

Imperioli spoke to Fox News about one of his favorite memories of Gandolfini, starring in “Primal” and what has kept him going as an actor.

Fox News: You must have many, but what’s one memory of James Gandolfini that still makes you smile?
Michael Imperioli: We had a lot of fun together. We traveled a lot as a group to different events all over the country. I remember the first day on the set. I had never met him before so I didn’t know what to expect. But he was just really kind. We broke the ice right away. I also remember one time on set I had smashed the car that I was driving in a take. I had to drive that thing *laughs*. I thought he was going to be furious because he was in the car with me. But he just laughed hysterically.

Fox News: How does it feel to know that his son will be portraying a younger version of Tony Soprano sometime next year?
Imperioli: I think that's a great idea. I mean, I know Michael. He's a wonderful kid. I haven't seen his work yet, but I have heard many great things about it already. It’s those Gandolfini genes. His father was such a compelling actor and it really was a privilege to work alongside him. I’m very excited for Michael and I can’t wait to see what he has in store for us.

Fox News: What was it about the film “Primal” that made you get involved?
Imperioli: To be honest, the idea of doing a movie with Nicolas Cage sounded very exciting. He’s somebody I’ve always wanted to work with, but never had the chance to. So that alone was appealing. And I thought the character was just great.

He’s not who we think he is. So he leaves you guessing. I thought taking that on would be fun. And then the other thing was shooting in Puerto Rico, which is one of my favorite places in the world. I try to go whenever I can. The script really shined and you’re just on a roller coaster. It’s just a great action thriller. You know, it’s really like being on a cool game park ride.

Fox News: What surprised you the most about Nicolas Cage?
Imperioli: I can’t say anything shocked me, honestly. I really respected his professionalism and dedication to his craft. He was extremely prepared and extremely focused, which I greatly admired. He gave it 110 percent when he was on set. But when we were done filming, he’s a very approachable and fun guy.

Fox News: The trailer for “Primal” has sparked a debate among viewers online. Some say it’s reminiscent of “Snakes on a Plane,” except we now have animals on a boat. What’s your take?
Imperioli: I think this is a lot better than “Snakes on a Plane,” *laughs*. I’ll leave it at that!

Fox News: There might be critics out there who may say this film glorifies big game hunting. What message would you have for those critics?
Imperioli: I don’t know. I mean, I didn’t even think about that. This film is a fantasy, you know what I mean? It’s like diving into a comic book. To me, it’s not a movie that’s rooted in reality by any means. That’s like saying “The Sopranos” glorifies violence or something. It’s a specific environment you’re presenting to a specific character. I doubt this movie will be inspiring kids to go hunt leopards or panthers or something.

Fox News: It’s been said you were an assistant to Martin Scorsese of all people. What was that experience like?
Imperioli: I was an assistant to his development person. I wasn’t his assistant. But I did work in his development office. This was the really late ‘80s, early ‘90s, before computers and really the Internet age. I had to go through every single New York newspaper every week and cut out all the reviews of every movie that came out that week and put it into like this photo album or something so Marty could see all the movies that were being released, what they were about and what people thought of them.

He had a floor in the Brill Building where he had a video collection. It was kind of like a video store. A lot of people from the industry would borrow movies from him because he had videos that you couldn’t really find in a lot of places. I had to file those away and keep track of them. He really is like this librarian of cinema *laughs*.

Fox News: You’ve had such a lasting career taking on various roles. What has kept you going as an actor?
Imperioli: I still really love acting. That’s part of it. It’s not easy to have a long career in this field. So I’m grateful for the years I’ve been given and only hope I can have more. But I think it comes down to the fact that I truly love it and I’m open to the next job.

I think the problem with a lot of people is that they get a little bit excessive. It becomes like a ladder they have to climb. Like, you gotta do better, you gotta get more money, you gotta hit bigger at the box office, get the bigger role — I think that’s all very dangerous. I think it’s important to just take each project on its own. Do you like it? Do you want to do it? Then immerse yourself instead of trying to design your career step by step.