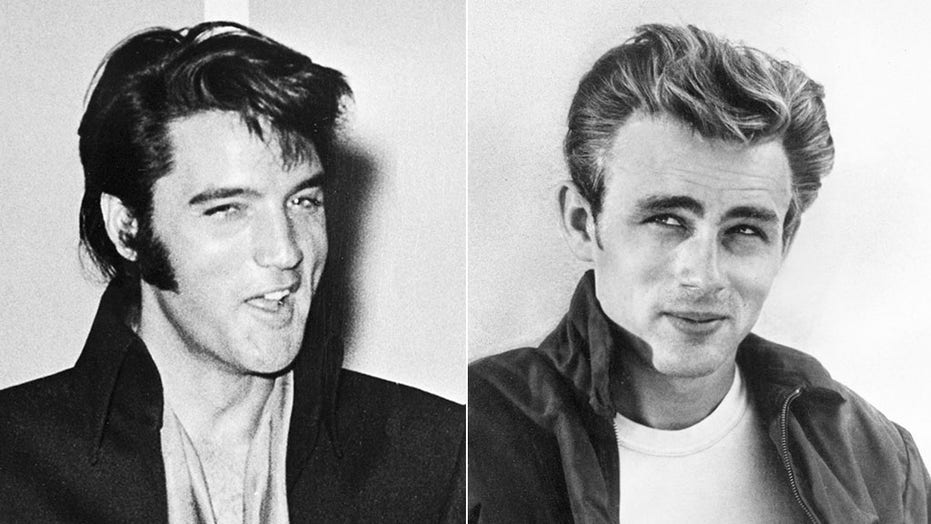 Before the late James Dean was cast in a new film about the Vietnam War, its directors originally wanted "The King" to take on the controversial role.

Anton Ernst and Tati Golykh initially had their eyes on Elvis Presley for their upcoming $40 million movie titled “Finding Jack,” but were turned down by the singer’s estate, The Hollywood Reporter shared on Wednesday.

The directors ultimately settled on Dean, who perished in a 1955 car accident at age 24, for the CGI character.

Ernst told the outlet that there was also “a short debate” about deploying the same VFX technology being used on Dean to cast another deceased icon — a “young Paul Newman.” However, they quickly settled on just having Dean as the sole CGI cast member.

“We don’t want this to become a spectacle — more than it already is,” said Ernst, who added that the reactions to Dean’s posthumous casting are “nuts, just nuts.”

Still, Ernst said the team has a bigger challenge ahead aside from resurrecting Dean to take on a character with “significant” screen time — finding a living actor who can hold his own as a co-star.

“But it’s a good challenge,” insisted Ernst. “You’re going to need someone with big balls.”

According to the outlet, Dean will appear as a CGI model crafted from old footage of the Hollywood icon. When it comes to voicing the avatar, Golykh said she’s received “a lot of emails” from people claiming they can do “solid impressions” of Dean.

Ernst said an Australian AI company specializing in training computers to speak like people based on recordings have also reached out “but that’s where we drew the line.”

“We said no because that would have been a bit ghostly,” he explained.

Dean’s family recently came forward in response to the controversy surrounding the late actor being digitally inserted into the upcoming Vietnam War flick.

“James Dean was perhaps the greatest actor of all time and is admired by fans around the world,” Mark Roesler, the attorney and business agent for the Hollywood star’s family, told Fox News exclusively. “Despite his untimely death at the age of 24, technology allows us to continue to honor Jimmy’s legacy and inspiration to so many people.”

The Hollywood Reporter previously shared Dean’s face and body will be used by Ernst and Golykh, who obtained the image rights from his family.

The outlet noted that a realistic version of Dean will be digitally inserted in the movie, which is based on Gareth Crocker’s 2011 novel about the abandonment of more than 10,000 military dogs after the end of the Vietnam War.

Elizabeth Taylor kneeling before James Dean in a scene from the film "Giant," 1956. (Photo by Warner Brothers/Getty Images)