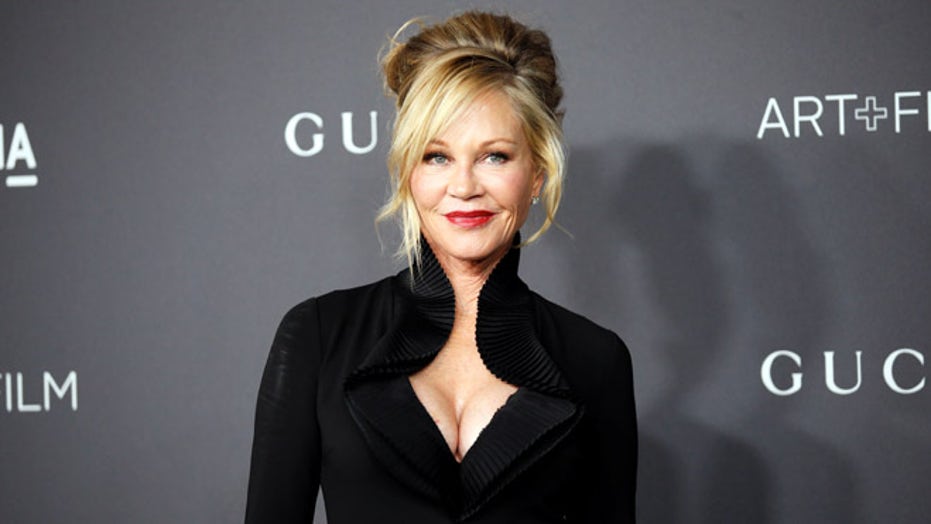 Melanie Griffith has opened up about a "humbling, embarrassing experience" during her time filming the 1988 movie "Working Girl."

The incident occurred while she was playing pool with co-star Alec Baldwin. She asked the bartender to bring her a rum and Coke each time Baldwin, then-sober, ordered a Coke.

BRIGITTE NIELSEN CLAIMS SHE ONCE SLAPPED MADONNA: 'SHE WAS VERY RUDE'

“When we got back to the set, I had vodka in my motor home, so I had a slug of vodka, and it mixed and made me so drunk, which I thought was really funny,” Griffith, now 62, told People magazine. “But it wasn’t, and it was cold, and I had to walk down the stairs with Alec, and I couldn’t do it.”

According to the book, "Life Isn't Everything: Mike Nichols as Remembered by 150 of his Closest Friends," the film's producer, Douglas Wick, eventually discovered that Griffith was also having drugs delivered to the set.

“Mike got so mad at me, he wouldn’t talk to me. Mike Haley, (an assistant director), just came up and said, ‘We’re shutting down. Go home,’ and I knew I was in so much trouble,” Griffith recalled. “The next morning he took me to breakfast and said, ‘Here’s what’s going to happen. You’re going to pay for last night out of your pocket. We’re not going to report you to the studio, but you have to pay for what it cost,’ and it was $80,000."

It's safe to say that Griffith learned her lesson.

"They wanted to get my attention and they really did," she said. "It was a very humbling, embarrassing experience, but I learned a lot from it.”

The event had an effect on the film's director as well.

"The thing that surprised me — because Mike was so sophisticated, he’d seen it all,” said Wick, “I was surprised by how genuinely distressed he was, how in pain about it he was, how much he was traumatized by it, and I think the reason is that it made great work impossible.”

Griffith, the daughter of Hollywood legend Tippi Hedren, had struggled with sobriety since her teen years, and checked into a rehab facility three weeks after the events on the set of "Working Girl," according to People.