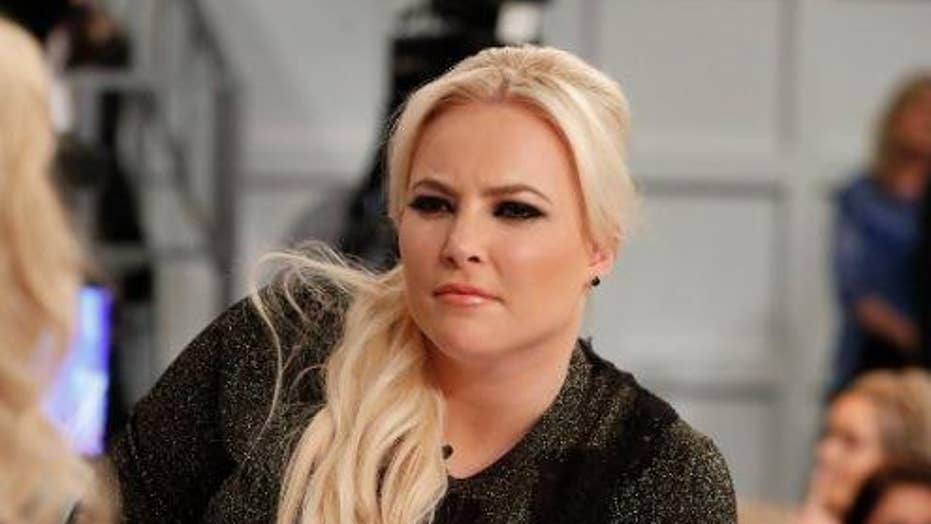 Meghan McCain joined in on the backlash against a former aide to Hillary Clinton who is under fire for mocking Senate Majority Leader Mitch McConnell over a video of the Kentucky Republican falling down.

Adam Parkhomenko, a Democratic strategist who served in Clinton’s 2016 presidential campaign, shared a video on Wednesday of McConnell falling while stepping onstage at a campaign event.

The video included the theme music from “Curb Your Enthusiasm,” which is a commonly used meme on social media. He shared it again on Thursday in hopes of reaching one million views.

McCain, like many others on social media, pointed out that McConnell had survived a bout of polio as a child.

"Mitch McConnell had polio as a child and his leg is partly paralyzed because of it - again, where is our empathy and compassion?" "The View" co-host tweeted on Friday. "Fight him on policy if you disagree with him but this is just gross and heartless."

Parkhomenko, however, has doubled down, blasting journalists for running to McConnell’s defense.

He did vow to delete his tweet if McConnell “stops trying to take away coverage from those with pre-existing conditions or...in general.”

Joseph A. Wulfsohn contributed to this report.