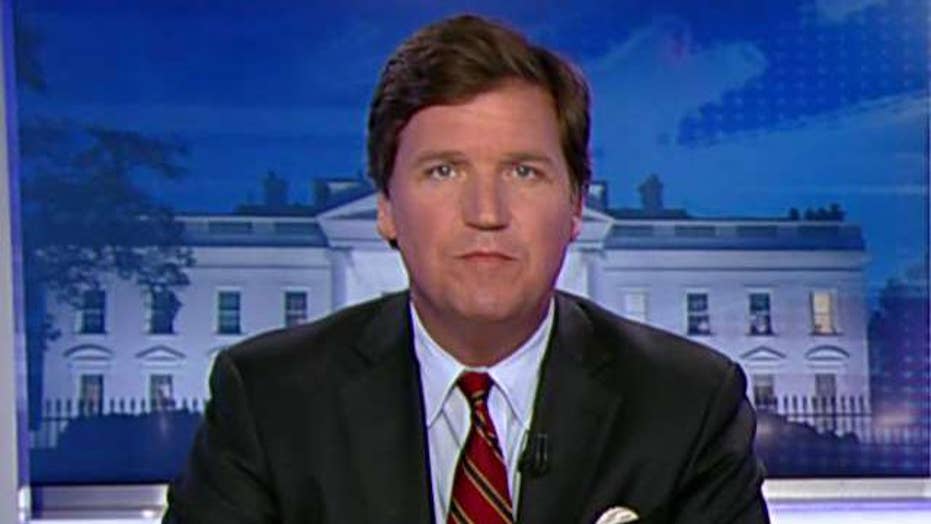 Tucker: To the press, Melania's sin is marrying Trump

Tucker: What's fascinating about the media's obsession with Melania Trump is how much they hate her. She has done absolutely nothing wrong to you or anyone you know or will ever meet. She married Donald Trump. To the press, that’s enough to disqualify her from the most basic consideration of decency. #Tucker

Mainstream media members jumped the shark and took Trump Derangement Syndrome to new heights by concocting tales of domestic abuse when trying to determine first lady Melania Trump’s whereabouts before she showed up to a White House event on Monday night.

Melania Trump was painted as “missing in action” when news broke on Sunday night that the first lady, who is fresh off an operation for a kidney condition, will not join her husband on a pair of international trips. CNN even aired a graphic of a calendar, placing question marks on each date since the first lady was “last seen” on May 10 – but CNN’s coverage turned out  to be less appalling than some conspiracy theories floated on Twitter.

Rolling Stone senior writer Jamil Smith wrote, “I wish that I didn’t suspect that the prolonged, poorly explained public absence of Melania Trump could be about concealing abuse. I wish that it was a ludicrous prospect.”

The Atlantic senior editor David Frum also insinuated that domestic violence was the reason why Melania Trump laid low for a few weeks.

“Suppose President Trump punched the first lady in the White House (federal property = federal jurisdiction), then ordered the Secret Service to conceal the assault. POTUS has Article II authority over Secret Service. Is that obstruction? Under Sekulow/Dowd, apparently NO,” Frum tweeted.

Media analyst Jeffrey McCall told Fox News that “it really is sad that some corners of the media world so easily engage in unsubstantiated speculation,” simply to bash the president.

“Imagine the outrage if that had happened during the Obama years. This is how low the left is willing to go, straight out of the gutter and into the sewer,” Gainor said.

McCall added that, “It is bad enough when this happens with regards to policy matters, but it is really out of line when it deals with somebody's personal behavior. This kind of toxic and polarized public dialogue damages the public sphere in so many ways.”

“Pundits who have engaged in such wild rumoring should, indeed, apologize, but I don't think that is likely to happen,” McCall said. “The moral compasses of pundits who would engage in such unsupported allegations are so out of whack that a public apology would not cross their minds.”

The conspiracy theories were debunked when Melania Trump attended a scheduled White House event honoring Gold Star families Monday evening. Videos of the first lady at the event were quickly posted on social media, showing the first lady wearing a sleeveless black dress and strolling into the East Room accompanied by President Trump.

The first lady had not been seen in public since May 10, when she and the president welcomed home three Americans freed from North Korea. Four days later, the White House announced she had been hospitalized to treat a benign kidney condition.

A spokeswoman for Melania Trump on Monday slammed a “rabid press corps” for the wanton speculation about her condition and whereabouts.

“Mrs. Trump has always been a strong and independent woman who puts her family, and certainly her health, above all else, and that won’t change over a rabid press corps,” Stephanie Grisham, a spokeswoman for the first lady, told Fox News. “She’s confident in what she is doing and in her role, and knows the rest is just speculation and nonsense.”