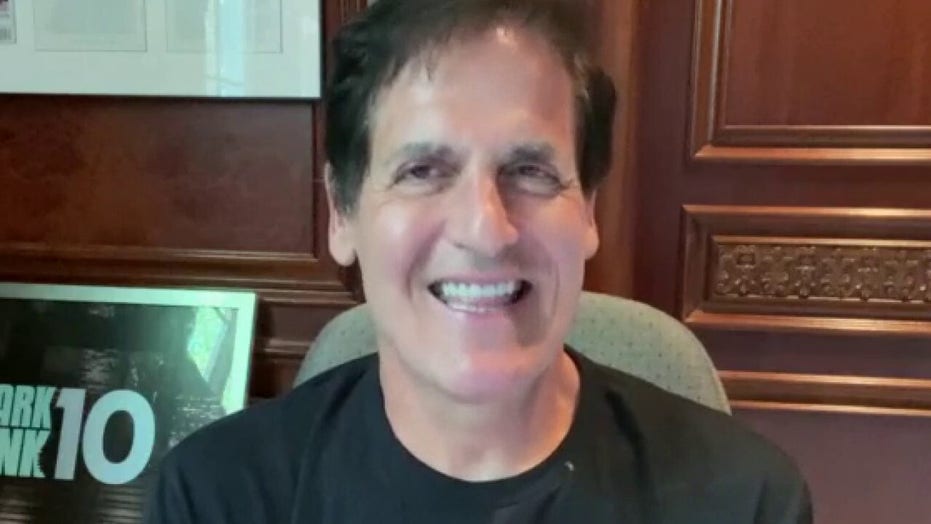 Billionaire entrepreneur and Dallas Mavericks owner Mark Cuban discusses the prospects of an economic recovery in the U.S. amid the coronavirus outbreak.

While Mavericks owner Mark Cuban says he “hasn’t closed the door” on a potential presidential bid, his fellow “Shark Tank” star Barbara Corcoran says his wife would never let him do it.

She said, “I’ll tell you who I do believe, [Cuban’s] wife [Tiffany Stewart]. When I went to his 60th birthday about six months ago in Dallas, the person I most wanted to see was Mark’s wife and I said to her, ‘Are you going to let Mark run for president?’ and she said, ‘Absolutely not!’ And I believe her. And that’s what I think the real answer is.”

MARK CUBAN WANTS TO JOIN TRUMP TASK FORCE ON REOPENING ECONOMY: 'ANY WAY I CAN SERVE MY COUNTRY'

Meanwhile, earlier this week Cuban said on Hill.TV that he still may run as an independent.

“[The door] was closed, but we have such crazy times and I’ve been getting so many requests that I at least want to keep the door open, but it’s still highly unlikely.”

He added, “Right now we have nobody in the federal government that we can trust, yet we’re looking … for somebody who we can effectively trust with our lives … It’s not something I’m going to rush into, but it’s not something I’ve closed the door on.”

Well, his wife is certainly slamming it shut.