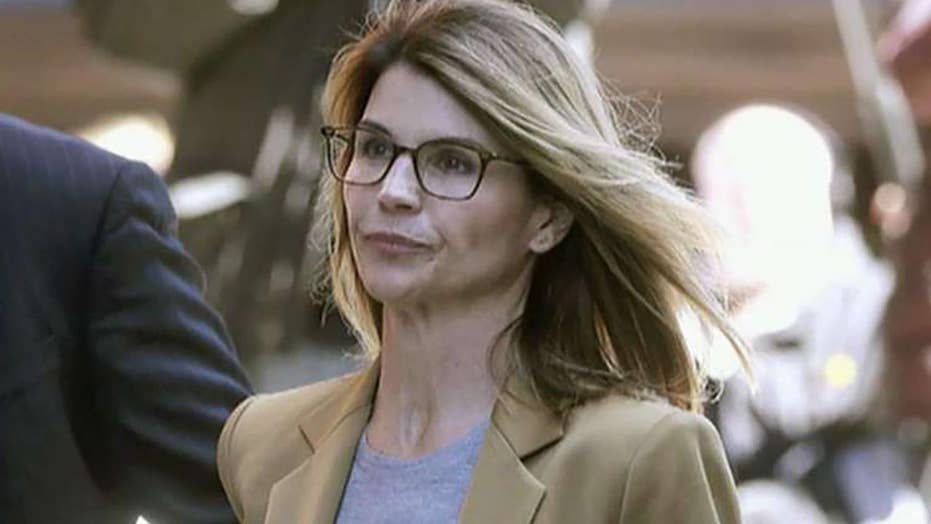 Lori Loughlin is in the process of preparing for a high-profile trial for her alleged participation in the college admissions scandal.

The actress, 55, currently faces up to 45 years behind bars and she's reportedly hired a prison expert who is advising her on what life will be like in a correctional facility if she is sentenced.

“She has someone who is advising her what to do in case she loses her case and goes to prison,” a source told People magazine.

“The advisor is there to help her learn the ropes. That’s not to be construed that she thinks she’s going to lose her case. Lori is a planner, and she is doing what she needs to do for all contingencies.”

The source continued: "The whole point is to have someone tell her how to keep herself safe."

"She needs to keep a low profile if she’s incarcerated. Obviously, she’s going to stand out, because of all the publicity and because she’s a star. She can’t do anything about that. But she doesn’t want to stand out because she’s so green that she does the wrong things.”

Loughlin and her fashion designer husband, Mossimo Giannulli, were accused of paying $500,000 to college admissions consultant William "Rick" Singer to get their daughters, Olivia Jade and Isabella Rose, recruited to University of Southern California as members of the crew team, despite neither having ever participated in the sport.

Lori Loughlin appears in this court sketch at a hearing for a racketeering case involving the allegedly fraudulent admission of children to elite universities, at the U.S. federal courthouse in downtown Los Angeles, California, U.S., March 13, 2019.  (REUTERS/Mona Shafer Edwards)

The charge of conspiracy to commit federal program bribery carries a maximum sentence of up to five years in prison and a fine of up to $250,000.

Loughlin and Giannuli were previously hit with charges of money laundering and conspiracy. They have pleaded not guilty to all charges.