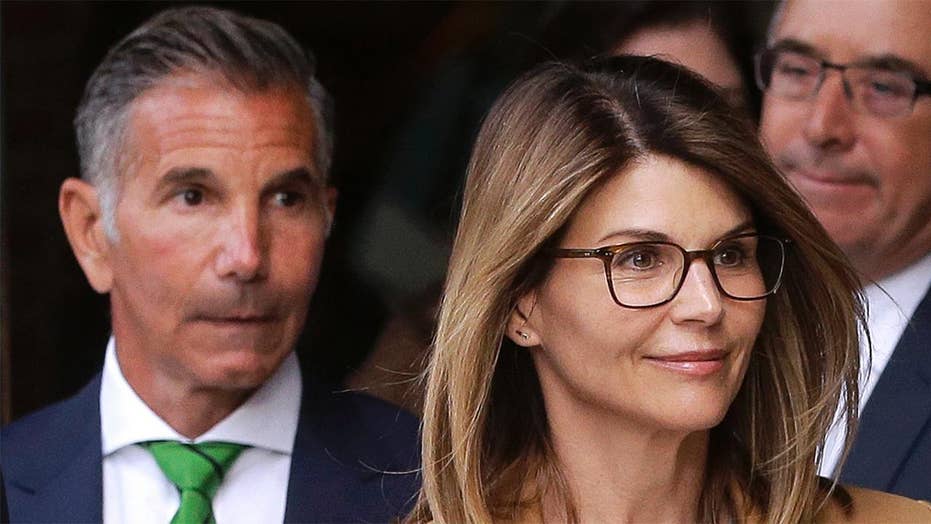 Lori Loughlin, Mossimo Giannulli and their co-defendants in the ongoing college admissions scandal just got some more good news by way of a judge’s court order to the University of Southern California.

A judge presiding over the case is taking steps to prove the university at the center of Loughlin and Giannulli’s charges didn’t need to fall victim to an elaborate scam in order to admit a wealthy or influential person’s kid to its school.

According to TMZ, the judge is ordering USC to turn over unredacted documents in the college admissions scandal in the hopes of showing that the university has a habit of favoring admission to students with influence. The judge argues that the university has been misleading the court by redacting information in the documents it has already produced that point to its use of a “side-door” for people with money and power.

Actress Lori Loughlin, left, leaves as her husband Mossimo Giannulli, right, had their case emboldened in the college admissions scandal by a new judge's order. (Getty)

The outlet reports the judge was spurred on after seeing unredacted emails that “directly contradict” the prosecutors’ claim that the university does not offer special treatment. Loughlin and Giannulli’s defense, meanwhile, has been arguing that the couple was unaware the money they were giving to scam mastermind William “Rick” Singer did not go directly to USC as donations, but rather personal bribes to key officials.

The defense’s case would likely hold more water if it were proven in court that USC would have been open to donations in exchange for side-door admission for the famous couple’s daughters, Isabella and Olivia Jade Giannulli.

In January, the couple’s attorney accused prosecutors of withholding evidence that could help prove that they weren’t aware the money they were paying to Singer went to personal bribes.