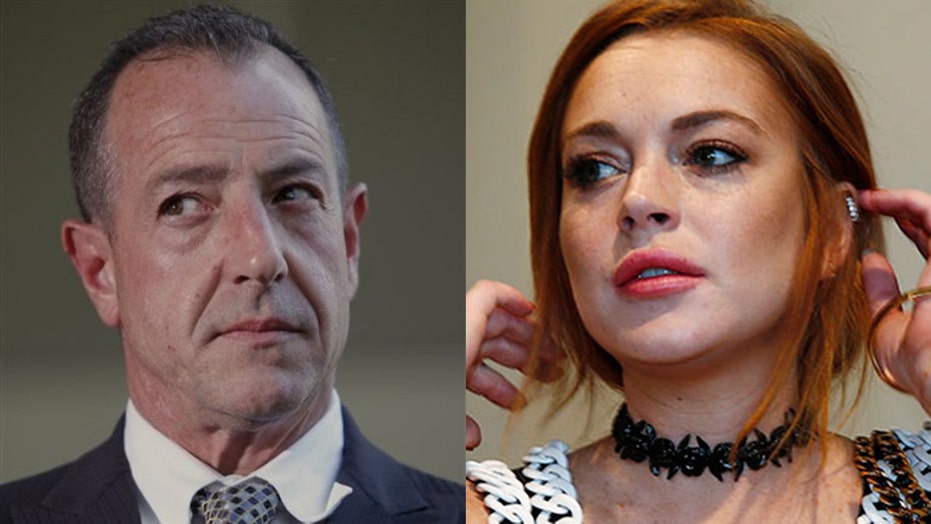 Lindsay Lohan isn’t having a secret affair with the bloodthirsty crown prince of Saudi Arabia Mohammad bin Salman, according to her dad Michael Lohan.

Page Six recently reported on a wild rumor was spreading that Lohan, 33, and MBS had become close and that they’ve been regularly texting while the Saudi ruler has been flying the actress around in his jets and showering her with presents — including a gift-wrapped credit card.

One respected Middle Eastern scholar remarked to Page Six, “It is astonishing that America’s closest ties to MBS are through Lindsay Lohan and Jared Kushner.”

But according to proud dad Michael, while Lindsay does know MBS, their unusual relationship is “platonic and respectful.”

He told us at Denise Rich’s Angel Ball on Monday, “They are just friends, Lindsay has a lot of powerful friends in the Middle East, because she is huge out there. Lindsay met MBS because of the work she has been doing in the Middle East. She is working to help people in the region, particularly refugees.”

He added, “Nobody writes about the good work Lindsay does in Syria, they just want to hear the bad stuff. She has a platonic and respectful relationship with MBS, nothing more."

When asked if he is concerned that Lindsay is spending time with someone accused of imprisoning members of his own family and ordering the murder of prominent Washington Post journalist Jamal Khashoggi, Michael added, “None of that has proven to be true. Lindsay says he’s a good person. She feels safe, she has good people around her, and she knows how to conduct herself.”

A rep for Lohan previously insisted to Page Six the pair met just once — at a Formula One Grand Prix race. The rep — who didn’t immediately return a request for comment on Tuesday — also denied that bin Salman gave her a credit card.

While the “Herbie: Fully Loaded” star and MBS would seem to make for an unlikely twosome, sources close to Lohan, who has been partly based in nearby Dubai for the past couple of years, told Page Six that it’s not unusual for her to be courted by Middle Eastern dignitaries. One source said, “They go crazy for her out there.”

The former Hollywood wild child does seem to have a thing for Middle Eastern authoritarian figures. In 2017 she met with Turkish President Recep Tayyip Erdoğan about Syrian refugees after she was photographed visiting a refugee camp.

And there was that unforgettable Lohan “burquini” photoshoot in Thailand in 2017, which sparked rumors she had converted to Islam, which her reps denied.

Reps for MBS were not immediately reachable.