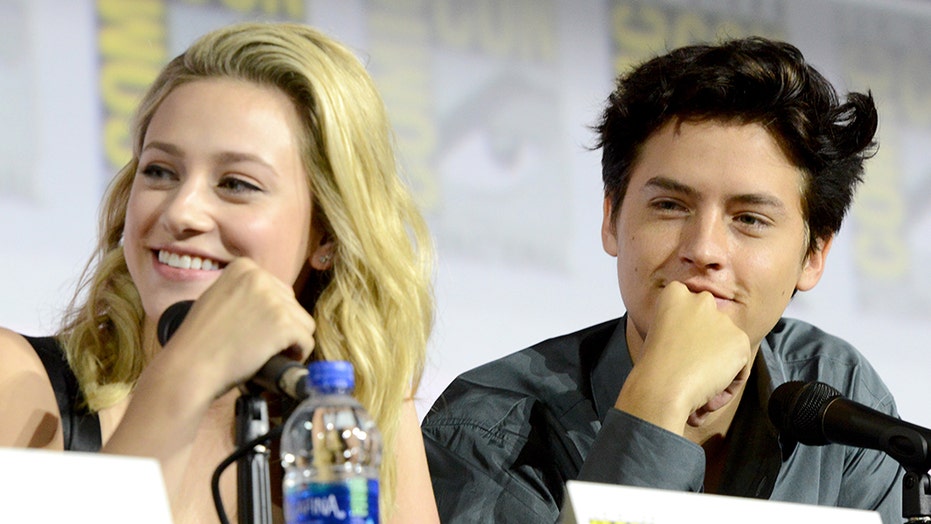 Actress Lili Reinhart shared a story of a scary incident that happened to her at the airport recently, warning fans to be careful when using rideshare apps.

Lili Reinhart is not shying away from expressing her love for boyfriend Cole Sprouse.

The pair, who also play on-screen couple Betty and Jughead in The CW's "Riverdale," have been shutting down rumors of a breakup on social media.

On Sunday, the actress, 22, dedicated a "sappy nighttime birthday poem" to Sprouse, who turned 27 this past weekend. "I tried to find a poem that I could send to you. Because my words were failing me. But I searched and found nothing that did you justice," Reinhart wrote. "All of these love poems can’t get it right. No one else’s words could ever fit. They haven’t known the fortune it is to love you."

'NANCY DREW' BREAKS FROM WHOLESOME ROOTS WITH DARK, SEXY REBOOT GEARED FOR ADULTS ON THE CW

Last month, the upcoming "Hustlers" star refuted claims of a breakup between her and Sprouse. Along with posting the couple's recent cover shoot for W Magazine, Reinhart fired back at these split reports, captioning, "BREAKING: A reliable source has confirmed that none of you know sh--."

Sprouse also responded to these rumors, while also mocking the sensationalist headlines which claimed their split, writing, "UNPRECEDENTED: Cole Sprouse and Lili Reinhart consume the flesh of ‘reliable sources’ to fuel their bacchanalian sex cult."

During the W Magazine profile, Renhart opened up about Sprouse's wishes to keep the details of their relationship secret from the public.

"At first, I didn’t want things private,” Reinhart told the publication. "Now that I’m X amount of years in, I do appreciate the privacy we have, that he’s encouraged me to take. No one knows how long we’ve been together, and no one will until we’re ready to say it. No one knows how we fell in love, except for our close friends and us. It’s really special."

Later in the interview, Sprouse elaborated on his philosophy, while also acknowledging that their off-screen romance makes their time on-screen more enticing for viewers.

"Until you go through the paces and the dating stages and know that something is right for you, I don’t think it’s appropriate to bring others in," Sprouse said. "I think part of the fun that the audience had, and still has, is going: 'What’s up with them right now? It’s interesting!' But in all honesty, my own happiness and her happiness come before caring about what people are saying."

Reinhart and Sprouse will return in the fourth season of "Riverdale," which premieres on The CW on Oct. 9.