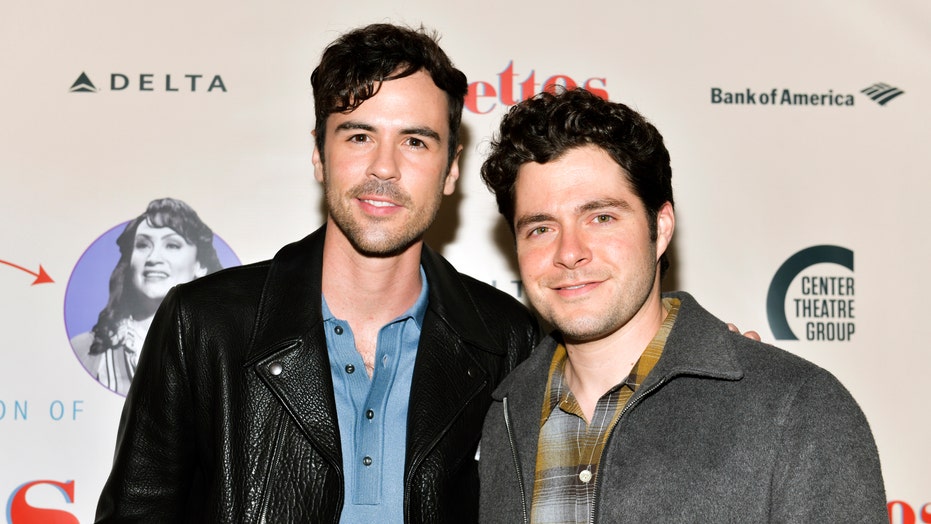 Lifetime is already working on its 2020 holiday movie lineup and just confirmed an exciting new project.

Lifetime announced on Monday in a press release it has cast the network’s first holiday movie with a lead LGBTQ storyline, titled "The Christmas Setup."

The movie was written and directed by members of the LGBTQ community and featured two gay lead actors who are married in real life – Ben Lewis and Blake Lee. The film also stars Fran Drescher and Ellen Wong.

"As part of Lifetime’s legacy of telling stories reflective of the culture, the network is redefining traditional holiday movies in its slate with diverse talent in front of, and behind the camera," the press release stated.

Amy Winter, Lifetime’s EVP and Head of Programming, added, “The world we create on camera should reflect the world we live in."

The press also announced its upcoming movie, “A Sugar & Spice Holiday," which is the network’s first movie centered on an Asian American family. It stars Jacky Lai, Tony Giroux, and Tzi Ma.

"'The Christmas Setup' and 'A Sugar & Spice Holiday 'are important additions to the It’s a Wonderful Lifetime slate because they continue our effort to tell the stories of the diverse communities represented by our viewers,” described Winter. “Our hope with these inclusive films and others is that people will see themselves while enjoying universally relatable holiday romances.”

The plot of "The Christmas Setup" follows the story of New York lawyer Hugo (Lewis) who heads to Milwaukee with his best friend Madelyn (Wong) to spend the holidays with his mom Kate (Drescher), who is also in charge of the local Christmas celebrations. Ever the matchmaker, Kate arranges for Hugo to run into Patrick (Lee), Hugo’s high school friend and secret crush, who has recently returned after a successful stint in Silicon Valley.

Meanwhile, “A Sugar & Spice Holiday," centers on the story of a Chinese-American woman who draws on her family’s cultural traditions to spice up an old-fashioned Christmas baking competition.

Premiering December 2020, the movie follows Suzie (Lai), a rising young architect, who returns to her small hometown in Maine for Christmas where her Chinese-American parents, Pete (Ma) and Mimi (Lillian Lim), run the local Lobster Bar.