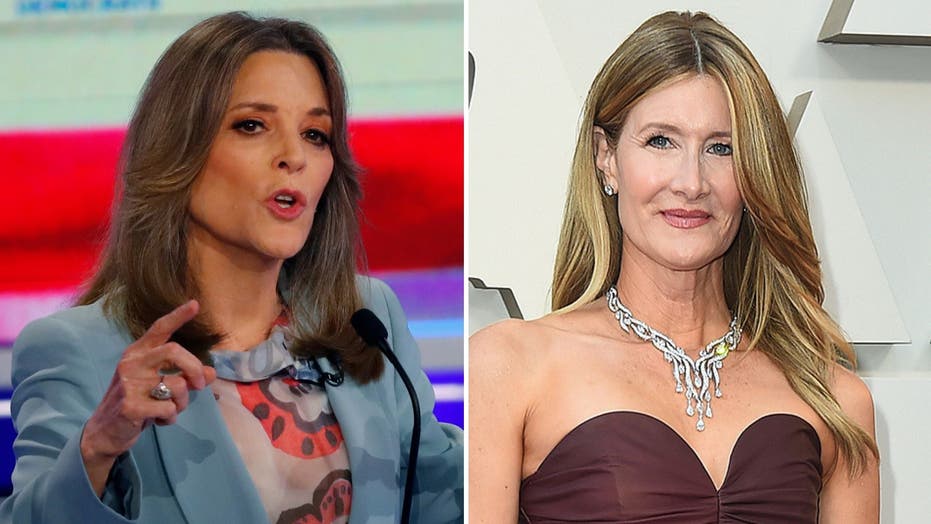 Marianne Williamson made a name for herself during the second night of the Democratic presidential debate on Thursday when she said she would call the Prime Minister of New Zealand as her first act as president.

But before the 66-year-old best-selling author hit the stage in Miami, she rubbed elbows with a Hollywood star when she was much younger.

In a New York Times profile of actress Laura Dern, it was revealed that Williamson was once roommates with the actress for a brief period of time.

The "Big Little Lies" star moved into an apartment with Williamson when she was 17 and enrolled at UCLA. She later dropped out to star in the movie "Blue Velvet."

At that time, Williamson had started Project Angel Food, to feed people with H.I.V./AIDS, out of their living room, the profile revealed.

Other candidates said they would tackle gun control, nuclear weapons and climate change on day one in the Oval Office.

Many took to social media to spoof Williamson.

“MODERATOR: In one or two words, what would your first act as President be? BERNIE: Special interests KAMALA: Immigration MARIANNE WILLIAMSON: I was reading a wonderful article in GOOP about New Zealand,” tweeted "The Daily Show.”

"I was just waiting for her to say can we all hold hands and just feel each other's energy," wrote another user.

"It was the dumbest thing she has ever said and it just cost her any chance of getting to a second debate. Why would she say that because it made no sense," said someone else.

And some commenters joked about who would play her on "Saturday Night Live" — "I hope #MarianneWilliamson lasts long enough to get a Tina Fey impersonation on SNL."