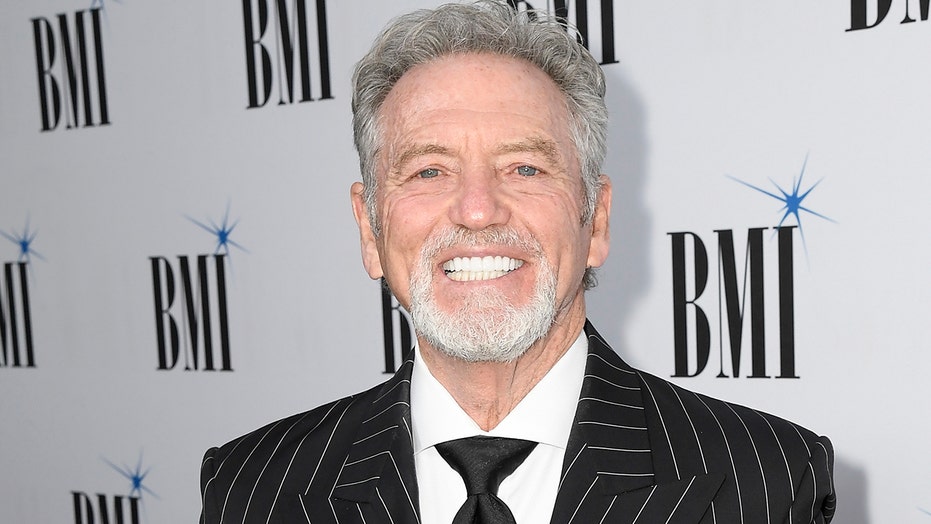 Larry Gatlin is waiting out the coronavirus pandemic just like everyone else, only most of the time, he does so from the confines of Nashville’s golf courses, which remain open despite the stay-at-home orders issued in many states.

At 71 years old, the West Texas native said he’s still abiding by the recommended physical and social distancing guidelines and if you let the eldest of the three Gatlin Brothers band tell the story, “My doctor said I'm the healthiest 71-year-old man she has ever known. OK – and I am. I don't get sick.”

“I'm playing golf right now outside. I'm playing with two other guys – one of them is Marty Roe, a great singer with Diamond Rio, a great friend. And we were talking about this,” Gatlin told Fox News via the phone from the 14th green at a course in Nashville, Tenn., on Thursday.

Larry Gatlin performs on the Ascend Stage during CMA Festival on June 11, 2016, in Nashville, Tenn. (Photo by Beth Gwinn/Getty Images)

“We didn't get close to each other, everybody had a different cart,” Gatlin reassured. “So we weren't really out like in a supermarket or at a concert and Marty and I talked about today how blessed we were to be able to do something, you know, for a living that we'd do for free under a lot of circumstances.”

In speaking with Fox News, Gatlin gave real insight on the work stoppage the music and entertainment businesses are experiencing and the impact it could have on the artist themselves, especially those who operate independent of a record label and rely on income from touring to pay their bills.

The Grammy winner didn’t hold back for an instant and told us that his group, the Gatlin Bros., “have had to cancel about eight or 10 concerts. Now, that's the bad news.”

“The good news is they're not really canceled,” he added. “They are postponed until a later date because those promoters on the other end of the deal, they're businessmen and businesswomen, too. And they have customers, they're called fans. Their customers are our customers.”

The country and Southern gospel crooner said that of the nearly 10 shows he and his brothers had scheduled, they’ve since reissued dates for “all but one.”

“And, yes, it's going to work a hardship but here's the thing, my wife and I are greatly blessed,” Gatlin said. "We live in a nice house. We have nice cars, but we are not like a lot of people probably think, filthy, stinking rich.”

JOHN PRINE’S WIFE FIONA SPEAKS OUT AFTER HIS DEATH, URGES ALL AGES TO TAKE CORONAVIRUS ‘SERIOUSLY’

Gatlin empathized with everyday people in the sense that by his estimation, his entire nest-egg could be wiped out if he doesn’t continue to perform as he operates as a small business, many of which have been decimated by the worldwide pandemic and loss of income.

Make no mistake, as much as he and his brothers love singing and performing, “After 65 years doing this thing, we still draw our money and draw a crowd and we're grateful for that.” But the prospect of the unknown is enough for Gatlin to not only take advantage of the stimulus package for small business owners that he said he will absolutely apply for “because I've paid my taxes – millions of dollars in taxes.”

“Yes, I have just sold a little publishing company. We have a little bit of savings, a little money in the bank but if we don't go back to work within the next – if we have to delay it four or five months, it would alter my standard of living,” Gatlin explained. “I would have to do something with the two or three employees that I have. It's a small business but thank God for the plan that President Trump and his experts have put into play to help us.”

The nine-time Grammy nominee said he understands where folks might disagree with his stance on applying for relief funding given his personal financial standing, but speaking as a business owner, which many artists are, Gatlin says hear him out.

“I am going to apply for that money. I'm an American citizen, too,” Gatlin said. “So I know this might strike some people as being a little bit weird. 'Well, he's filthy, stinking rich,' but I'm a small businessman and I have bills to pay. So I'm grateful, grateful for this job.”

“I'm grateful to be an American. I'm grateful to have a president who's been a friend of mine for 45 years, for whom I voted and will vote again and campaigned again,” he continued. “Yeah, he says some things sometimes that I wish he wouldn't say. But when it gets right down to the lip log, as we say in West Texas, 'He's a man of action.'”

Gatlin pressed on: “He probably didn't sleep two hours a night and his tone has mellowed a little bit. I think the enormity of the office has finally dawned on him, it is something that just bluster won't fix. He can't bad mouth coronavirus into being gone. So I think he's doing a marvelous job. Thank God for him and for all those wonderful people who are putting their lives on the line every day.”

"I believe the artists will do the right thing, maybe cut some of the prices or make it a benefit."

The Nashville resident said he is “hoping and praying and believing” that the programs President Trump and Treasury Secretary Steve Mnuchin along with National Economic Council Director Larry Kudlow have implemented will work for “working men like me.”

“You know, my daddy was a driller in the oil field and never made more than $30,000 in his life,” Gatlin explained. “I know what it's like to live from one paycheck to paycheck. I don't do that anymore but it might not be so far off if this thing goes another five, six months.”

Still, Gatlin has big confidence that the large players in the music landscape will “do the right thing” when the time comes for consumers to throw their hard-earned cash at concerts and shows.

“They're going to come back. And I believe the artists will do the right thing, maybe cut some of the prices or make it a benefit,” he said. “They're wonderful people, we know a lot of those big acts, Little Big Town and those guys and those huge acts and Garth Brooks and Trisha [Yearwood] and those people. They'll do the right thing.”

“They're good human beings and as I said, I believe that in six or eight months we're going to be back cooking harder than ever. And America is not going to take this lying down.”