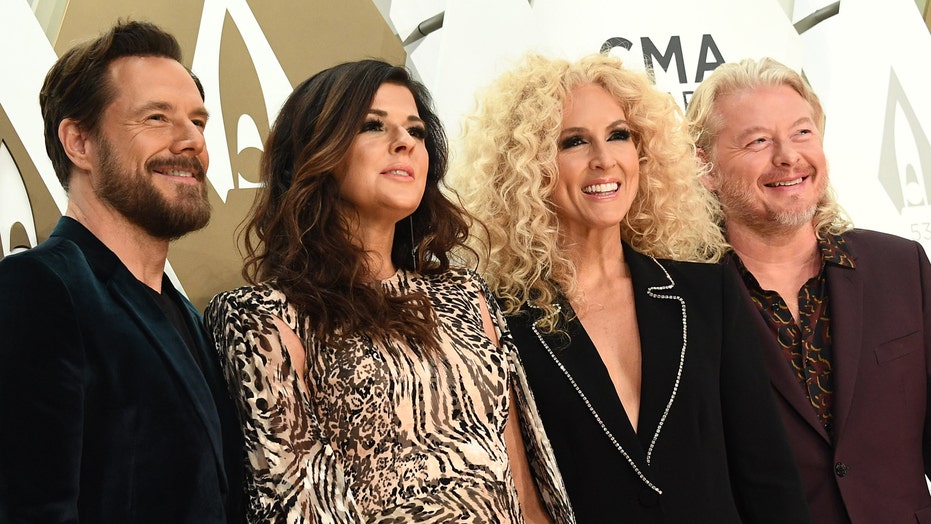 LOS ANGELES – Within the world of country music, equal playtime on the radio for female artists has become a hot button topic.

Many country artists have spoken out about the issue, including Jennifer Nettles and Kacey Musgraves, but the issue goes beyond solo artists.

Little Big Town, a band comprised of two men and two women, recently spoke to Fox News about the issue.

"CMT has just committed to playing 50 percent women and 50 percent men," Schlapman, 50, said. "We couldn't be more grateful, that's how it starts right there."

LORETTA LYNN DECLARES COUNTRY MUSIC IS 'DEAD': 'I'M GETTING MAD ABOUT IT'

When a Michigan radio station claimed they couldn't play female artists back-to-back, Musgraves tweeted: "Smells like white male b------t and why LONG ago I decided they cannot stop me."

"And yet, they can play 18 dudes who sound exactly the same back to back," she said in a separate tweet. "Makes total sense."

Similarly, country singer Kelsea Ballerini tweeted: "To all the ladies that bust their a--es to have half the opportunities that men do, I'm really sorry that in 2020, after YEARS of conversation of equal play, there are still some companies that make their stations play by these rules."

At the 2019 Country Music Awards, the 45-year-old Nettles, who has worked as a solo artist and as one half of country music duo Sugarland, sent a similar message on the red carpet.

While being photographed, Nettles lifted her cape, revealing the words: "Play our f---in' records" stitched inside.