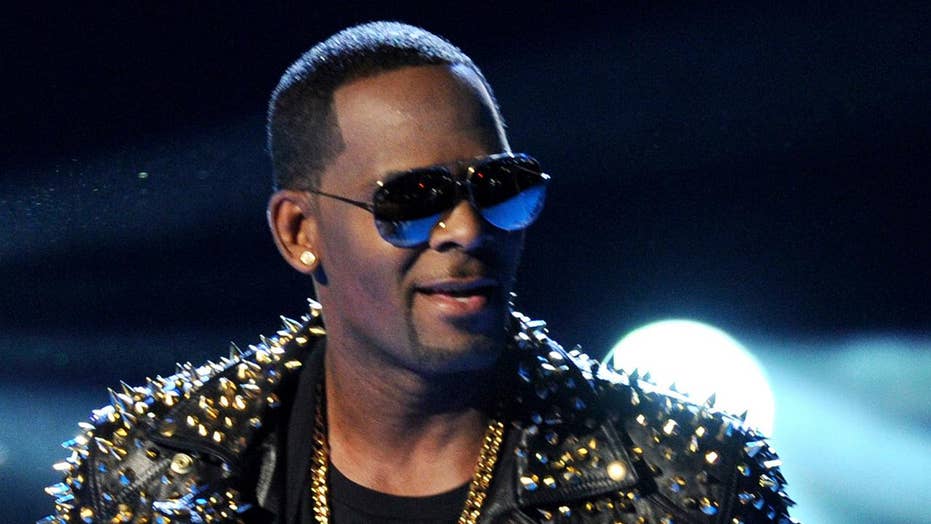 After Kanye West seemingly defended R. Kelly and Michael Jackson in the midst of highly controversial sexual assault and misconduct allegations, Kim Kardashian was quick Monday to defend her husband and clarify his remarks.

Kardashian took to Twitter to “nip this in the bud,” clearly fearing the backlash her husband is poised to accrue.

“I’m going to nip this in the bud right now. Kanye was speaking about his own experience of everyone quick to say they are cancelling him because of differences in opinion & not being perfect,” she wrote. “The analogies were in context to his own experiences, not defending anyone else.”

She continued in another tweet: "I want to make it very clear, he is not condoning anyone’s actions or unacceptable disgusting behavior. My husband’s words are being taken out of context due to timing."

West, a former collaborator with R. Kelly on the 2012 track “To The World,” was reportedly discussing the controversy during his new “Sunday Service,” in which he speaks freely to a small crowd while accompanied by a gospel chorus.

The mogul and rapper brought up R. Kelly as well as Michael Jackson, who will be the subject of an upcoming documentary called “Leaving Neverland” about the allegations against Jackson molesting underage boys.

“They just gonna pull up full documentaries on him," he said, according to Complex. "Then they gonna come with the Michael [Jackson] documentary. ... We can all enjoy all their music all we want. I thought I wasn't going to go there today. If we're gonna tear down artists, let's go ahead and take [Leonardo] da Vinci out the Lourve. Let's take down all the art."

West has previously courted controversy for defending Bill Cosby as well as wearing a “Make America Great Again” hat on “Saturday Night Live” and declaring his love for Donald Trump in a bizarre Oval Office meeting. It seems his wife was hoping to get out ahead of the backlash to his remarks about the highly volatile subject of R. Kelly before it gets overwhelming.

In the Lifetime docuseries “Surviving R. Kelly,” the 52-year-old singer is accused of having sex with underage women, keeping women as sex slaves and other assault and misconduct allegations. The accusations have led to prosecutors starting investigations into the musician's conduct.