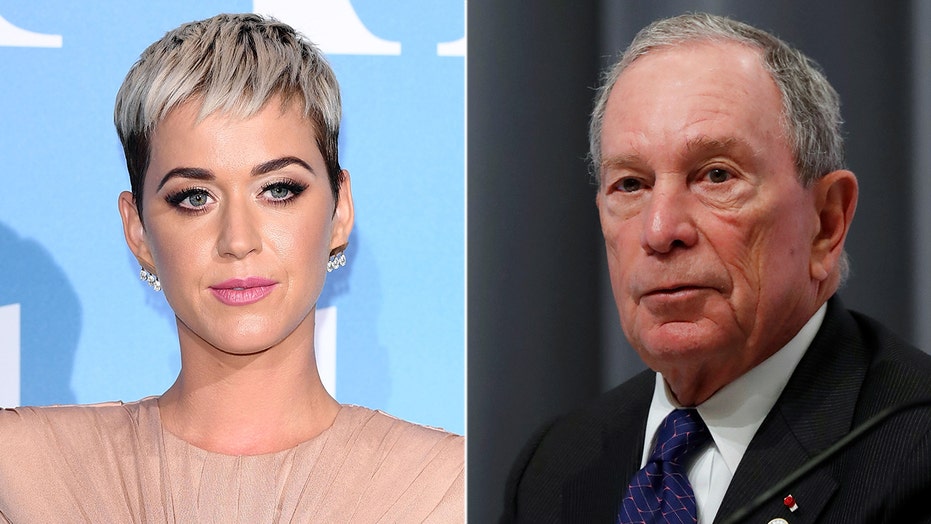 Katy Perry shared a meal with 2020 presidential candidate Michael Bloomberg on Tuesday according to reports.

The singer, the politician and some other friends reportedly dined at CUT by Wolfgang Puck at the Beverly Wilshire Hotel in Beverly Hills, California, a source told Entertainment Tonight.

"They were talking about politics and what Katy wants in a president," the source revealed. Perry supposedly was overheard telling people at their table to "vote for him." Bloomberg officially entered the presidential race in November 2019 and hasn't participated in any debates thus far.

It's unclear whether or not the "Roar" singer will be endorsing the former New York City mayor. Perry previously endorsed Hillary Clinton during the 2016 election and performed her songs "Rise" and "Roar" during the 2016 Democratic National Convention.

“On November 8, you’ll be just as powerful as any NRA lobbyist,” Perry said at the time. "You’ll have as much say as any billionaire." She also supported President Barack Obama during his 2012 reelection campaign.

Most recently, Bloomberg was endorsed by "Judge Judy"s Judith Sheindlin on "The View."

“To define Mike Bloomberg as just another rich guy is one of the greatest injustices of this political campaign that we are in because Mike Bloomberg is the only one of the candidates who has experience governing and managing, and is successful,” she said on Monday.

Page Six was first to report the news.

A spokesperson for Bloomberg told Fox News they don't confirm private meetings while representatives for Perry did not immediately return Fox News' request for comment.