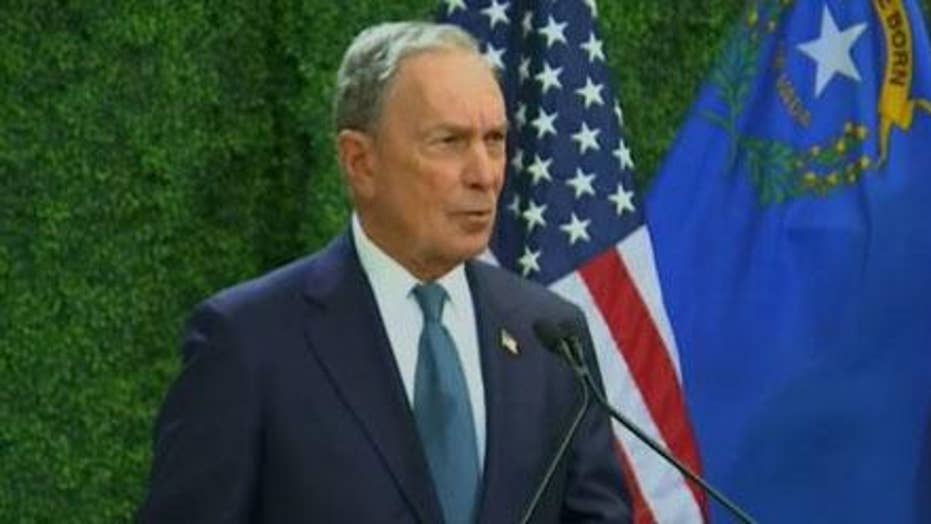 Judge Judy, who has not publicly endorsed a presidential candidate in the past, explained why she’s going to bat for Bloomberg.

“I’ve never seen Americans so angry with each other as a family and it became sort of frightening when you couldn’t go to a social gathering and have a difference of opinion… if you view America as the greatest family on the planet, I felt as if it was time for America, which is the greatest country in the world, to have the greatest president,” she said. “When I looked at the field of 2020 candidates… there was no other voice, for me, other than the voice of someone who has experience in governance second only to the president of the United States.”

The TV judge’s appearance came on the first episode of 2020 for the ABC News daytime gabfest. She said that New York City has the “most diverse” population of anyplace in America and Bloomberg's experience can help the nation.

“There was a good feeling [under Bloomberg], it was a feeling that things were run effectively and efficiently during his 12 years as mayor,” Judge Judy said. “I felt that way when he was the mayor and he’s a brilliant, self-made guy.”

Judge Judy defended Bloomberg as “not another” rich guy, because she feels he is the only candidate who “has experience governing and managing.”

“If he’s successful and happened to have made money being successful, that folks, is the American dream,” she said.

The fiery judge never clashed with the typically confrontational hosts, who wrapped up the segment by inviting her to co-host down the road. Judge Judy previously launched a new campaign ad giving her glowing endorsement to Bloomberg, which "The View" played for its audience.

The judge, 77, known for her daytime TV show “Judge Judy,” appeared in a 30-second video shared by Bloomberg’s official campaign in which she explained why she was supporting him in the crowded Democratic field against incumbent candidate Donald Trump.

“I like to say you can judge someone’s character by what they’ve done,” she begins. “Mike Bloomberg has done amazing things and will be a truly great president. No one comes close to Mike Bloomberg’s executive achievement, government experience and impactful philanthropy. His steady leadership will unite our country and bring us through these very challenging times.”

Her endorsement is not exactly a surprise as she previously released an op-ed in USA Today in which she declared that Bloomberg is the only hope for the presidency. It raised eyebrows at the time as the former New York City Mayor had not yet announced his candidacy.

“The only way we can begin to come together again, I said, is if Michael Bloomberg, former mayor of New York City, becomes our next president,” the judge wrote at the time. “I realize I am taking a personal and a career risk in making such a statement. I have carefully stayed away from politics for 50 years, except to vote. But times have changed in our country, and I believe the moment has come for me to step out from behind the curtain.”