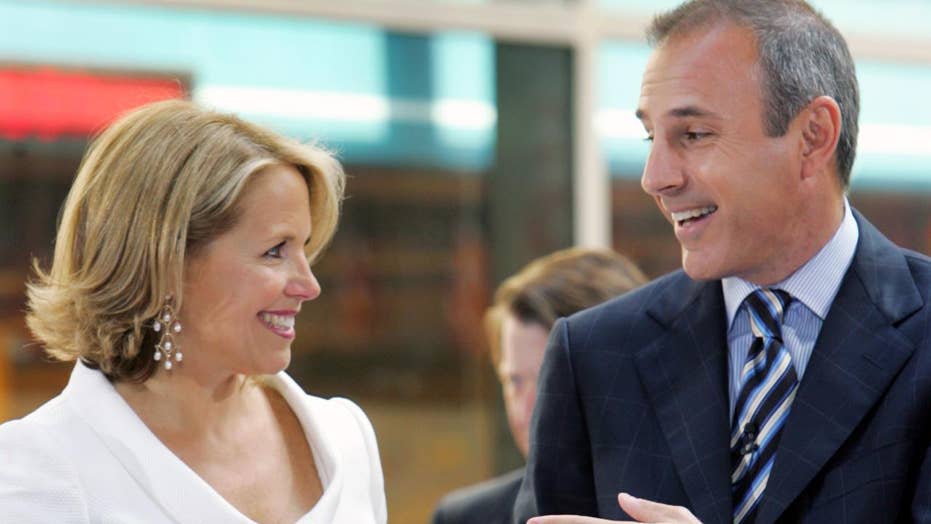 Couric said in a new interview on Tuesday that she hasn't "reconciled" the Lauer she knows and loves with the Lauer that has been accused of sexual assault and harassment.

“I don't think I have reconciled it, honestly, because it’s very upsetting and disappointing. I also really don’t know the details of these incidents still," Couric told Buzzfeed. "And I think a lot of people who worked on the show when I was there, and when Matt and I did the 'Today' show, don’t really understand the extent of these incidents or what exactly happened and, you know, separating truth from fiction."

Lauer, 60, was fired from his tenure at NBC after multiple women accused the anchor of sexual assault and harassment last year. The claims against Lauer include one woman saying he sexually assaulted her in his office until she passed out and another saying he gifted her a sex toy with a crude note. A woman came forward in November and accused him of sexually harassing her during the Sochi Olympics, and her claim ultimately led to his firing.

Couric, 61, who worked with Lauer for 15 years, said the allegations have made her ponder what a consensual relationship looks like "when there is this imbalance of power."

"So I’m still sort of sorting it out honestly in my mind and I think these ongoing conversations with other women of all ages — and men too, I think men need to be included in the conversation — are really helpful," she said.

Couric said last month that she was "unaware" of Lauer's alleged behavior during her time at "Today."

"In my case, it was something I was unaware of because if you talk to experts about this, people are very proficient at being secretive about certain behavior and making sure people don't witness certain behaviors," Couric explained at The Wrap's Power Women Breakfast on March 12.

She also denied having any knowledge of Lauer's reported wrongdoings in January saying "the whole thing has been very painful for me."

"I had no idea this was going on during my tenure or after I left,” she said. “I think I speak for many of my former colleagues when I say this was not the Matt we knew. Matt was a kind and generous colleague who treated me with respect," Couric told People.