Justin Bieber opened up to Vogue magazine about his relationship with wife Hailey Baldwin. The singer said he had a problem with sex before rekindling his romance with Baldwin and decided they would save sex for after they got married.

Justin Bieber is being treated for depression, but is still generally happy as a newlywed in his marriage with Hailey Baldwin, according to a new report.

JUSTIN BIEBER EXPLAINS WHY HE WAS SEEN SOBBING WITH HAILEY BALDWIN

A source close to the "Sorry" singer told People, "Justin seems down and tired. He has been struggling a bit. It has nothing to do with Hailey — he is very happy being married to her. It’s just something else that he struggles with mentally. He has good help around him and is receiving some treatment. He seems confident he will feel better soon."

HAILEY BALDWIN WANTS TO HAVE KIDS WITH JUSTIN BIEBER

A second source told the outlet that Bieber is seeking counseling, while a third noted that the singer is "emotional and struggles a lot with the idea of fame."

"He started off as a typical sweet, Canadian teen. He was such a great kid, honestly super sweet and very polite and nice to everyone around him," the second insider said. "Having this huge amount of fame completely changed him. He had access to anything and everything and was surrounded by people who just said 'Yes.'"

HAILEY BALDWIN AND JUSTIN BIEBER 'ARE THE SAME PERSON'

“He’s emotional and struggles a lot with the idea of fame — being followed, having his every move stalked by fans, cameras in his face," the second source added. "It all sets him off and he often feels like everyone is out to get him." 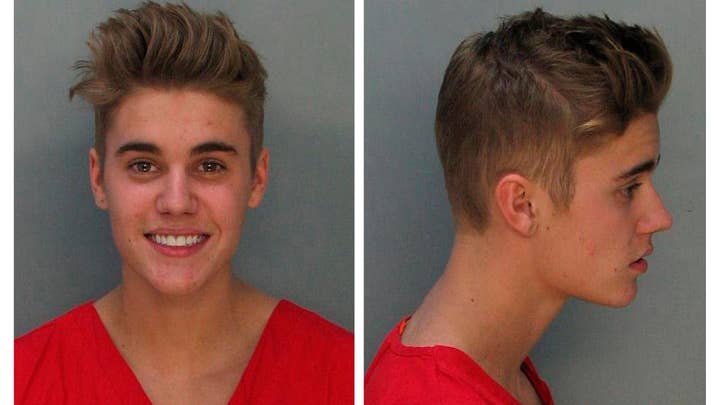 HAILEY  BALDWIN BLASTS CRITICS OF HER RELATIONSHIP WITH JUSTIN BIEBER

The insider also noted that Bieber struggled with his relationships with his parents, who appeared to capitalize on their son's talent and put heavy demands on him from a young age.

Bieber previously confessed to suffering from depression in his joint Vogue cover story with wife Baldwin, as well asl to "having a legitimate problem with sex" and self-medicating with Xanax.

“I found myself doing things that I was so ashamed of, being super-promiscuous and stuff, and I think I used Xanax because I was so ashamed," he said. "My mom always said to treat women with respect. For me that was always in my head while I was doing it, so I could never enjoy it. Drugs put a screen between me and what I was doing. It got pretty dark. I think there were times when my security was coming in late at night to check my pulse and see if I was still breathing.”

In the same profile, Bieber described himself as "emotionally unstable."

A rep for Bieber did not immediately return Fox News' request for comment on his mental health.