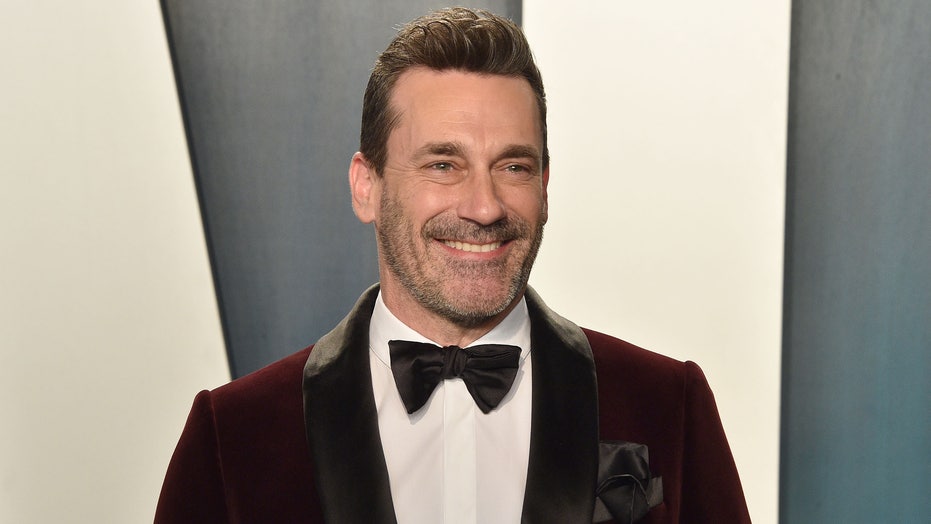 No copyright laws were broken by HuffPost when they published photos of Jon Hamm, a judge reportedly ruled on Thursday.

In 2013, the news outlet published a paparazzi photo of the actor out for a stroll with a cropped black text box inserted over the actor’s crotch with the words “IMAGE LOADING,” per Page Six, citing the ruling.

The photo's photographer sued the outlet for unauthorized use of the photo.

However, according to Page Six, the judge found the photo's use a-OK.

Manhattan federal Judge Ronnie Abrams said in her ruling that there's legal precedent for publications using licensed pictures for articles that “illustrate what all the fuss is about.”

Jon Hamm was the subject of a paparazzi photo taken to court over unauthorized use. (Photo by David Crotty/Patrick McMullan via Getty Images)

“Here too, the photograph was used to illustrate what all the fuss is about, namely Hamm’s ‘privates’ and the public’s fixation with them,” the judge wrote.

The image was deemed "transformative" by Abrams as the "newsworthiness" of the topic was poked fun at. Additionally, the text box reading "Image Loading...," which was placed over the actor's crotch in the published photo, contributed to the ruling.

The HuffPost article also jokes about Hamm, 49, himself, as it reads: "This year has been a busy one for ‘Mad Men’ star Jon Hamm’s privates ... Hamm says he wants people to stop talking about his loins, but it might help if he’d put on some underwear."

The text "reinforces the Court’s conclusion that the article aims to mock the public fixation on Hamm’s ‘privates’ in addition to mocking Hamm himself," the judge said.

The photographer, who previously freelanced for the outlet, reportedly plans to appeal the ruling as he disagrees that the text box qualifies the image as "transformative."

"It’s one of the most infringed upon stolen photos that I have. It became a very famous photo," said the photographer, according to the outlet, adding "this is not Jackson Pollock or Andy Warhol doing something with the image. It’s clickbait for a newspaper."

He also said that he didn't notice anything when he sold the photo.