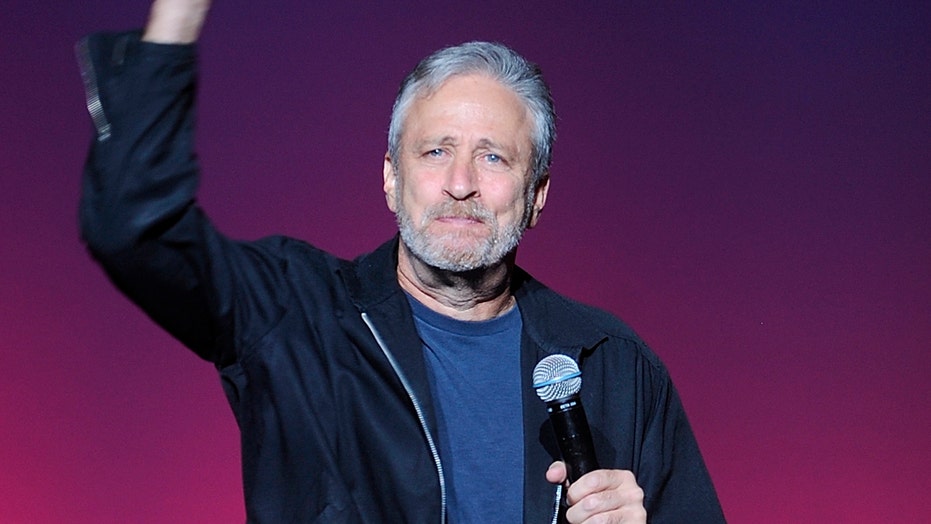 Jon Stewart spoke about the ongoing protests against police brutality as well as Donald Trump’s handling of the situation amid the coronavirus pandemic in a lengthy new interview.

The former “Daily Show” host spoke to The New York Times Magazine to promote his upcoming film “Irresistible,” which focuses on a Democratic strategist helping a man from a small conservative town win his mayoral election. The wide-ranging interview touched upon the news of the day, prompting the comedian to note that he believes the problem with policing in the United States has to do with larger societal issues.

“I’d like to say I’m surprised by what happened to him, but I’m not,” he said of the death of George Floyd in police custody in Minneapolis, Minn., that sparked the ongoing protests around the country. “This is a cycle, and I feel that, in some ways, the issue is that we’re addressing the wrong problem. We continue to make this about the police — the how of it. How can they police? Is it about sensitivity and de-escalation training and community policing? All that can make for a less-egregious relationship between the police and people of color. But the how isn’t as important as the why, which we never address. The police are a reflection of a society. They’re not a rogue alien organization that came down to torment the black community.”

He continued: “They’re enforcing segregation. Segregation is legally over, but it never ended. The police are, in some respects, a border patrol, and they patrol the border between the two Americas. We have that so that the rest of us don’t have to deal with it. Then that situation erupts, and we express our shock and indignation. But if we don’t address the anguish of a people, the pain of being a people who built this country through forced labor — people say, ‘’I’m tired of everything being about race.’ Well, imagine how [expletive] exhausting it is to live that.”

Stewart went on to note that police brutality is a symptom of that larger schism in American society. However, he explained that the problem can be fixed without demonizing law enforcement.

“There are always going to be consequences of authority. When you give someone a badge and a gun, that’s going to create its own issues, and there’s no question that those issues can be addressed with greater accountability,” he said. “It can be true that you can value and admire the contribution and sacrifice that it takes to be a law-enforcement officer or an emergency medical worker in this country and yet still feel that there should be standards and accountability. Both can be true. But I still believe that the root of this problem is the society that we’ve created that contains this schism, and we don’t deal with it, because we’ve outsourced our accountability to the police.”

The 57-year-old comedian also spoke about the protests happening across the country, as well as the public’s reaction to them. He noted that every advancement toward equality has “come with the spilling of blood.” He explained that those willing to put in the work for equality can bring about change. However, he notes that far too many people aren’t willing to do that work.

“There’s always this begrudging sense that black people are being granted something, when it’s white people’s lack of being able to live up to the defining words of the birth of the country that is the problem. There’s a lack of recognition of the difference in our system,” he said. “Chris Rock used to do a great bit: ‘No white person wants to change places with a black person. They don’t even want to exchange places with me, and I’m rich.’ It’s true. There’s not a white person out there who would want to be treated like even a successful black person in this country. And if we don’t address the why of that treatment, the how is just window dressing.”

Jon Stewart shared his thoughts on policing in the United States. (Brad Barket/Invision/AP)

Later in the interview, Stewart directly addressed the president’s response to the situation amid the coronavirus pandemic. He scolded Trump for not rising to this historic occasion, arguing that he’s merely playing his usual brand of politics.

“You would have thought that somebody would have mentioned to Trump the idea of rising to greatness. Instead it’s: ‘Why don’t I tweet out that Joe Scarborough killed people? Would that be good in a pandemic?’ I guess his behavior is understandable, because what’s he going to run on, his record? He’s just going to pick at scabs.”

He later added of Trump: “He’s a man who has suffered no consequences. His is a recklessness born of experience. He’s like a malevolent Mr. Magoo. He always knows the I-beam is going to swing down and the building is going to collapse — but who cares, because he’ll walk out unscathed. That’s what he has learned.”