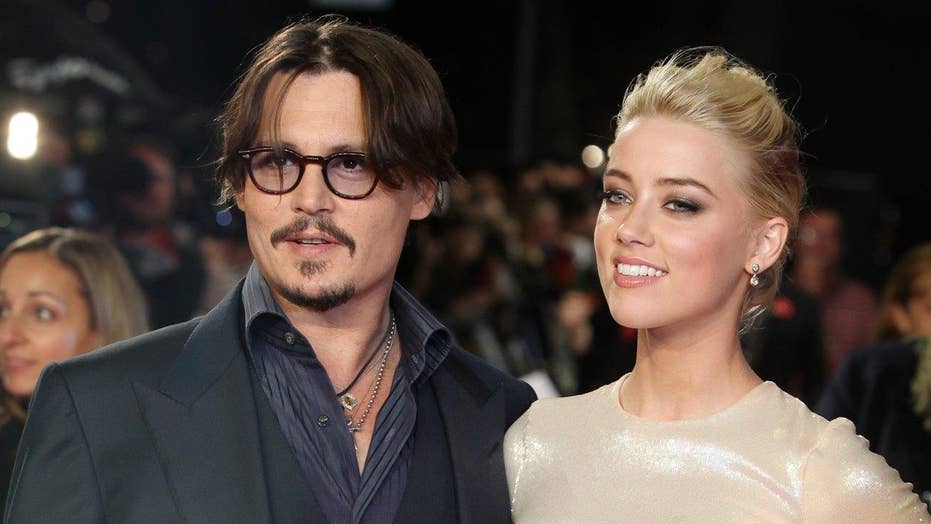 Johnny Depp and Amber Heard’s May-December marriage was on the rocks after just three months, sources exclusively tell Page Six — but the starry couple agreed to give their shaky union a year before calling it quits.

Depp, 52, and Heard, 30, tied the knot in February of last year, but by May it was all but over, we hear. They decided to give themselves “a year” in hopes of patching things up and avoiding the embarrassment of a three-month marriage.

Sources close to the former couple told Page Six that grizzled star Depp quickly grew tired of Heard’s enchantment with Hollywood glitz. “Their relationship turned sour almost immediately. She’s really young and affected by the industry and ‘the scene’ at times,” said an insider, adding, “Don’t get me wrong; she’s a cool chick, but Johnny doesn’t tolerate that.”

We’re told Heard’s bisexual past also proved a problem. By Heard’s birthday in April last year, “she went to meet him to work on damage control,” we’re told, because her close friendship with photographer Io Tillett Wright, an activist in the gay and lesbian community, was causing drama in their marriage. We were told back then that Depp “doesn’t like Io” and believed they “were spending too much time together for it to be comfortable.” Wright was staying in Depp’s guest house and moved out.

“He started making her travel with him,” said an insider of Depp and Heard, “and she started distancing herself from her lesbian friends.”

The debacle with her dogs also helped sink the relationship. During an April 2015 trip to Australia, when Depp was shooting “Pirates of the Caribbean: Dead Men Tell No Tales,” Heard was infamously charged with illegally bringing along two terriers, Pistol and Boo — a drama that ended with a much-mocked video in which the couple awkwardly apologized. “[It] made him look so stupid and it was her fault,” sniffed another source.

Meanwhile, hard-partying and -working Depp is beginning to show his age. Another insider said, “Amber was like, ‘What am I doing with this old man who used to look like Johnny Depp?’ ”