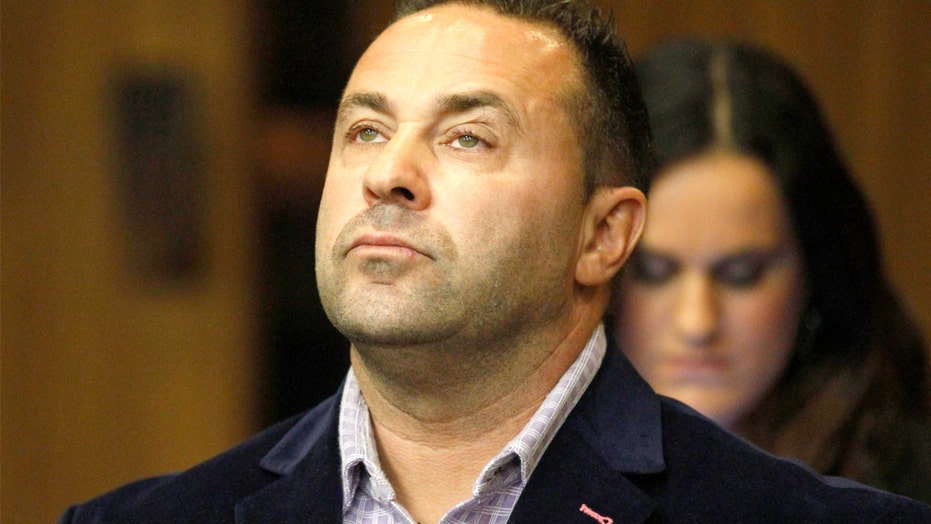 Joe Giudice didn't waste any time snapping back at a troll on social media who commented on his work habits.

The reality TV personality, 47, posted a video of himself working out at a gym in Italy, where he now lives full time, on December 19 and a commenter asked Joe, “Do you ever work? Your wife is raising you daughters," referring to his wife, Teresa, and their four daughters: Gia, 18, Gabriella, 15, Milania, 13, and Audriana, 10.

Joe simply responded that he works “everyday," according to Us Weekly.

The exchange occurred the same week that the couple announced they are separating after 20 years of marriage. A source close to the family told People magazine, "They are doing so amicably and very slowly,” the insider said. “Joe has been out on a few dates, Teresa has not. She has been too busy with the girls, with work obligations and taking care of her father."

"They have been very friendly with one another and are very supportive of each other’s happiness," explained the source. "They still love one another, but as Teresa told Andy Cohen on the 'WWHL' special, they are separated by the Atlantic Ocean. Neither is interested in a long distance relationship.”

The pair had been apart for four years after they pleaded guilty in 2014 to financial fraud. Teresa served her sentence first and was released in December 2015. Joe then started his 41-month prison term in March 2016.

Joe was held by immigration officials after he completed his sentence. A judge ruled in October 2018 that Joe, who is not an American citizen, would be deported to his native Italy upon completion of his prison term. He is currently living in Italy while waiting for a ruling in his deportation case.

Giudice has said he came to the U.S. as an infant and wasn't aware he wasn't an American citizen and never applied for it while living in the States.

For Christmas, Joe's kids traveled to Italy to celebrate there while Teresa stayed back in New Jersey.

He posted a video of them arriving at the airport, "They are so cute so Happy."

The girls and Teresa first visited Joe in November. The family's trip was documented by the Bravo cameras and will be featured in the current season of "The Real Housewives of New Jersey."