Joe Biden's presidential campaign revealed Wednesday that it decided to refund a donation made by disgraced comedian Louis C.K., according to a report.

The writer/actor, whose real name is Louis Szekely, donated $2,800 on March 4, according to Federal Election Commission (FEC) records reviewed by The Associated Press. C.K.'s career took a nosedive after five women accused him of sexual misconduct in 2017.

The donation was made the day after the former vice president's commanding win in several Super Tuesday contests put him on the path to becoming the presumptive Democratic nominee to take on President Trump in November.

A Biden campaign spokesman said the contribution has since been refunded, which will be reflected in his next FEC report filed in May. The spokesman declined to comment further when reached by The Associated Press.

LOUIS C.K. TO ISRAELI AUDIENCE: ‘I’D RATHER BE IN AUSCHWITZ THAN NYC’

Szekely later said that their stories were true and that he was “remorseful” of his actions, but the fallout was swift. FX Networks quickly dumped him from shows he was part of, Netflix scrapped plans for a stand-up special and the release of his feature film “I Love You, Daddy” was shelved. HBO also removed his work from its on-demand video streaming service.

Presidential campaigns typically vet donations to their campaigns and often return contributions from figures who could pose a publicity problem. 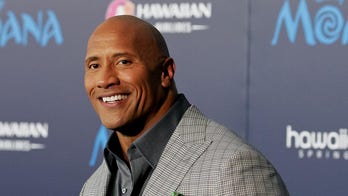