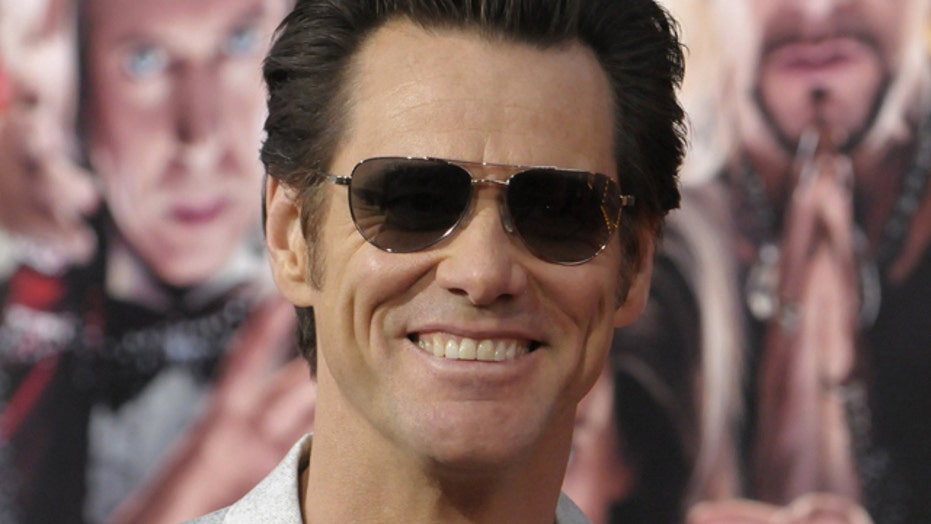 In a new video for the prankster website Funny or Die, actor Jim Carrey has chimed in on the debate about gun control.

The “Ace Ventura” star mocked in the skit Charlton Heston, the former “Planet of the Apes” actor who later became the president of the NRA. Heston died in 2008 at the age of 84.

In the video, which now has more than 1 million views on the Funny or Die website, Carrey dresses up as Heston and parodies the actor's memorable speech during the 129th annual NRA convention in Charlotte, N.C., during the 2000 presidential election. Heston, NRA president at the time, picked up a rifle and famously said, "So, as we set out this year to defeat the divisive forces that would take freedom away, I want to say those fighting words for everyone within the sound of my voice to hear and to heed, . . . . 'From my cold, dead hands!'"

Carrey sings the tune “Cold Dead Hands” in the video, dressed as a member of a country music band.

"The angels wouldn't take [Heston] up to heaven like he planned/Because they couldn't pry that gun from his cold, dead hand,” Carrey sings.

And while his video has gained its share of fans, it has also gained the actor some negative attention from those who don’t agree with him.

On Fox News’ “The Five” co-host Greg Gutfeld called Carry a “moral coward,” saying Carrey’s video was an attempt to be accepted.

“He thinks this is biting satire? Going after rural America and a dead man?” Gutfeld said.

Carrey responded to his critics on Twitter, posting several tweets about his views on gun control.

“'Cold Dead Hand' is [about] u heartless motherf***ers unwilling 2 bend 4 the safety of our kids. Sorry if you're offended by the word safety!” he tweeted, later adding: “I'm appalled at [what] I've seen on [this] stream the last few days, all in hatred's defense. No wonder it's so dangerous to be a child today.”

Some users on Twitter chimed in, taking Carrey’s side after a slew of negative tweets about the comedy actor.

“Always thought Jim Carrey talented and funny but who'd have thought he was so passionate and brave?” one user tweeted.

Another added: “@JimCarrey best thing you did (besides be so funny) was get people to talk. Thank you! Keep going my friend...”

On Tuesday afternoon, Carrey tweeted a calmer message to his fans (and his foes) about the controversial video.

“There r also many fair minded [people] out there and I appreciate their support [but] I love [everyone] whether we agree or not.”