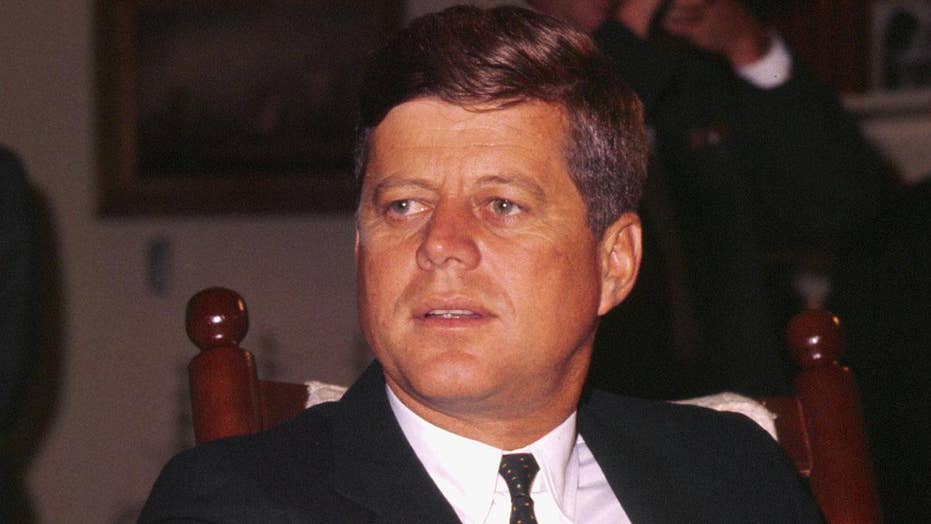 Trump to decide whether to block release of secret JFK files

A 1992 law says more than 3,000 secret CIA and FBI documents related to the assassination of President John F Kennedy can be made public this year

BOSTON – A diary kept by a young John F. Kennedy during his brief stint as a journalist after World War II in which he reflected on Hitler and the weakness of the United Nations sold for more than $700,000 on Wednesday.

Boston-based RR Auction said the diary sold for $718,750, far exceeding the pre-sale estimate of $200,000. Joseph Alsop, a JFK collector from Beverly, outbid one other live and six telephone bidders in a packed house for the 61-page diary. Alsop, 71, plans to add it to his personal collection, auction officials said.

The diary is mostly typed but includes 12 handwritten pages. It was written in 1945 when the 28-year-old Kennedy was a correspondent for Hearst newspapers and traveled through a devastated Europe.

Executive Vice President Bobby Livingston said the auction was thrilling, with bidders from around the country vying for the personal observations of the man who'd become president.

"My expectations were exceeded, but I'm not surprised because it's such a significant and historic manuscript," Livingston said.

The diary's new owner is the nephew of Joseph Alsop V and the son of Stewart Alsop, two brothers and influential columnists during the Kennedy presidency.

"I'm happy to own it," said Alsop, who was 16 when he met Kennedy at his uncle's home in 1960. "I think it's a wonderful object and a tribute to Kennedy's development as an individual. He displays a remarkable degree of insight into world affairs at a very young age."

Kennedy gave the diary to Deirdre Henderson, a research assistant in his campaign office in the late 1950s who now lives in the Boston area.

In the diary, Kennedy reflected on his time in a gutted Berlin and even saw Hitler's bunker, speculating that he was not killed. He wrote that Hitler "had in him the stuff of which legends are made." But Henderson said in an interview last month that should not be misinterpreted as sympathy for the German dictator.

"He said that in reference to the mystery surrounding him and not the evil he represented," Henderson said.

Kennedy expressed doubt about the effectiveness of the fledgling United Nations, questioning whether it "will prove effective in the sense of its elaborate mechanics being frequently employed or vitally decisive in deterring war or peace."

Henderson said she put the diary up for sale so it can be properly preserved, and she's confident the winning bidder will respect her wish. She said she wanted the sale to coincide with the 100th anniversary of Kennedy's birth this year.

"I'm more than pleased with the outcome," Henderson said. "I think it was the right price at the right time."

This story has been corrected to show the diary's new owner is Stewart Alsop's son, not nephew.