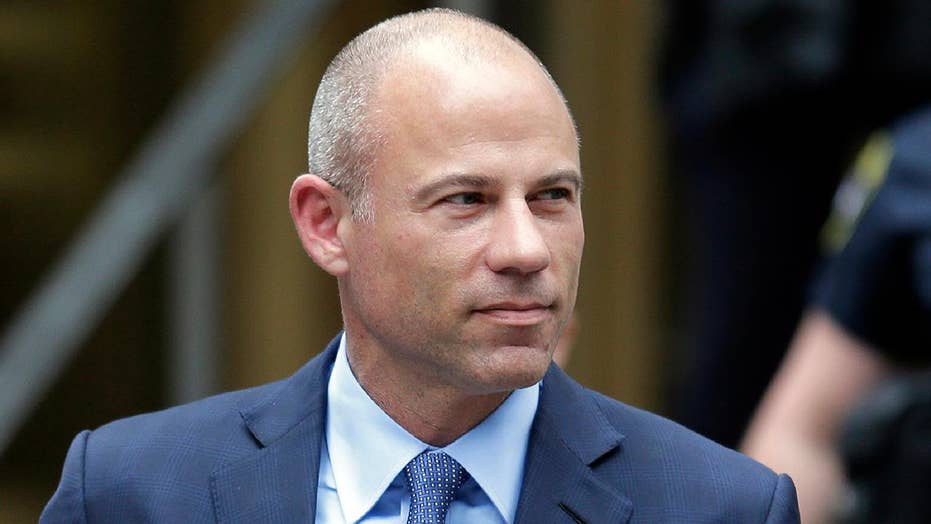 Perhaps his 15 minutes of fame are truly behind him.

Michael Avenatti once dominated the news cycle when he was hired as adult-film star Stormy Daniels' lawyer in a legal battle against President Trump's personal attorney Michael Cohen, but his existence didn't ring a bell to three "Jeopardy!" champions on Thursday's episode of the iconic game show.

Former reigning champs James Holzhauer, the sports gambler who had a remarkable 32-game winning streak earlier this year, Emma Boettcher, the contestant who beat Holzhauer, and Francois Barcomb, the winner of the Teachers Tournament, all participated in the “Jeopardy!” Tournament of Champions finals.

However, all three of them were stumped by the $800 clue from the "Lawyers, Law & Legality" category.

"This lawyer's star rose while repping Stormy Daniels but fell after he was accused of trying to extort millions from Nike in 2019," host Alex Trebek read.

The clue was followed by silence from the contestants.

As referenced by Trebek, Avenatti pleaded not guilty to charges that he committed extortion by threatening to reveal Nike’s alleged unsavory dealings in college athletics publicly if he wasn't paid up to $25 million.

Avenatti also has faced fraud charges in Los Angeles federal court and in a separate New York case after he was charged with cheating Stormy Daniels of book deal income. Avenatti once represented Daniels over a nondisclosure deal regarding an alleged affair with Trump.

Avenatti had two conspiracy charges dropped against him in the Nike case Wednesday, while a wire-fraud charge was added.

The disgraced anti-Trump lawyer was a frequent guest on CNN and MSNBC through much of 2018, making over a combined 200 appearances on the two networks before his legal woes.

CNN's chief media correspondent Brian Stelter once suggested to Avenatti that he was a serious presidential contender.