Alex Trebek stunned viewers on Monday when he hosted 'Jeopardy!' with a beard. (Alex Trebek/Twitter)

Trebek showed off his new look on Twitter and then in an Instagram video before Monday's premiere episode. 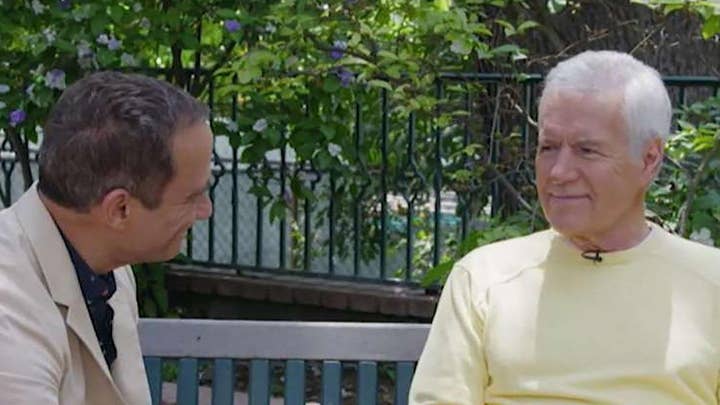 "It's time to embark upon a magical journey into Season 35!" the Instagram description read.

Then on the season debut, he addressed the "hairy" issue.

"No need to inquire how I spent my summer vacation," Trebek said. "Things got a little out of hand."

The hashtag #Trebeard also appeared on social media with comments like "beard on" and "#keepthebeard."

There's currently a poll on "Jeopardy!"'s social media with 68 percent of the public in favor of Trebek's beard and 32 percent not to beard, as of Monday night.

"Hopefully it won't be a distraction for our players," Trebek said on the game show.

For "Jeopardy!"'s 30th anniversary in 2014, Trebek shocked fans when he returned to his famed mustached-look for the first time in 13 years, USA Today reported.