Jennifer Lopez struck a pose in a green bikini while on a getaway with her boyfriend Alex Rodriguez.

Jennifer Lopez has had almost enough engagement stones to make an Infinity Gauntlet, and the humor of that isn't lost on her.

The actress, singer, dancer and entrepreneur was just as skeptical about stepping into her romance with Alex Rodriguez as the rest of the world was — at least in the beginning — because of her dramatic romantic history, which included three husbands (Ojani Noa, Cris Judd and Marc Anthony), a broken engagement to Ben Affleck and a tumultuous romance with Sean "Diddy" Combs.

“I was very weary after everything I’ve been through [to get engaged again]," Lopez, 49, admitted to SiriusXM.

It wasn't until dating the former Yankee for over a year that she felt it was right to get really serious.

"I was just sussing it out until then," she confessed. "I was like, 'I don't know, maybe yes, maybe no, I really love him, I like him.' Everything seemed almost too perfect too soon, so I was like, 'Wait, what's happening?' ... When it happened I think it was the right time. We knew.”

A-Rod popped the question last month after two years of dating the superstar. 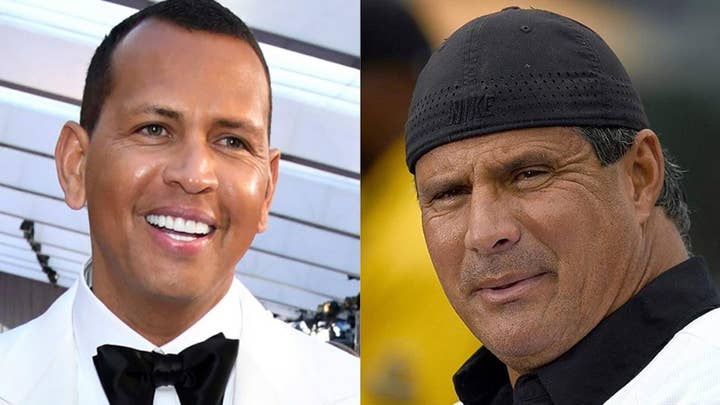 The "Jenny from the Block" singer said their romance is one based on mutual hard work in their careers and personal brands, with their professional ethics bleeding into their personal relationship.

"It's great to have a best friend and a partner that you can really build with, and I just feel like with Alex and I, that's what it's like. We're really similar," she said. "Having somebody who understands you from the inside as far as, 'I really want to work hard, I love what I do, and I really want to work hard at it and understand that — it doesn't mean I don't love you, we love each other and we're doing this together.'"

"It's one of those things, you meet a like-minded person who is trying to be the best they can be and always trying to grow, and then they help you grow and you help them grow," she explained. "I'm better here, he's better there and we're better together."

As for what the man she affectionately calls "macho" brings to her life aside from sweet nothings and diamonds, J.Lo joked, "It's baseball. All. The. Time."