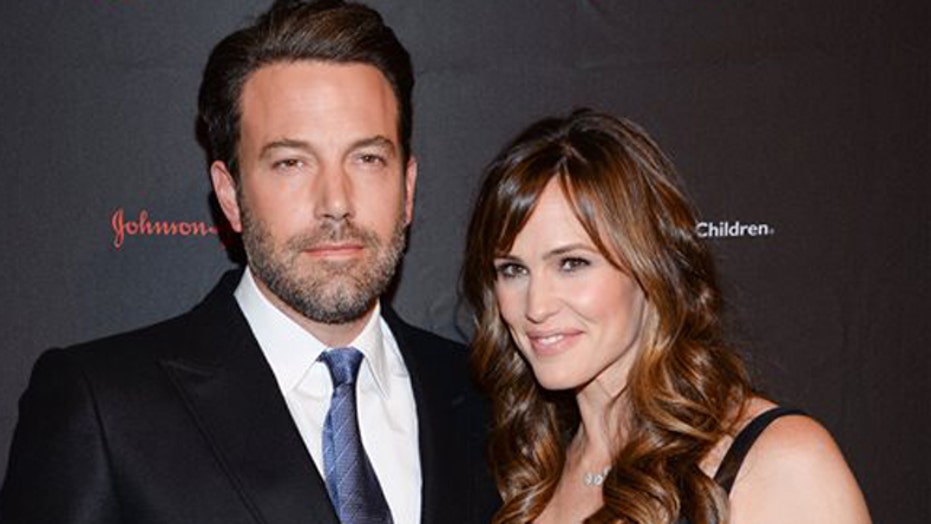 Do Hollywood marriages have a 10-year expiration date?

Despite their divorce and his much-dissected, alleged affair with the nanny, Ben Affleck and Jennifer Garner are on a cozy ski vacation together with Tom Brady and Gisele Bündchen in Montana.

The Hollywood couple and their kids are at the exclusive Yellowstone Club in Big Sky, along with the Patriots star and his supermodel wife. The family trip with Brady’s brood comes despite the fact that Affleck’s nanny Christine Ouzounian was famously photographed on the actor’s chartered jet wearing the QB’s Super Bowl rings.

A source at the resort told us that Affleck, Garner, Brady and Bündchen are there with their kids and were spotted at the bar late on Monday night.

“They had some serious après-ski and shut the bar down. They started drinking bloody marys, then beer and bourbons. They kept the bar open late for them. They all ate nachos, even Gisele,” the source said. They were joined by CBS journalist Sharyn Alfonsi and husband Matt Eby.

Our source added, “There were no nannies in sight, but Jen doesn’t look like she is harboring any resentment. Jen and Ben weren’t lovey-dovey at all, but were super-friendly and happy, relaxed. They were both attentive to their kids and laughing with Tom and Gisele. ”

Another source close to Affleck and Garner said of the couple, “They are not back together — they have just found a new normal where they get along and work together for the sake of the kids.” The source also insisted that Affleck is not drinking, “He’s getting in shape for ‘Batman.’”

The Yellowstone Club is a favorite among celebs like Affleck and Garner because it’s very private and only those who own homes there, plus their guests, are allowed to ski on the mountain.

Meanwhile, Brady has been spotted strapping on a leg brace before hitting the slopes. This week he posted a Facebook picture of himself about to ski down a difficult double-black-diamond trail.

He wrote, “At least it’s safer than cliff jumping,” referring to his post-Super Bowl pastime last year, which sent Patriots fans into a frenzy over his possible injury from a risky sport.