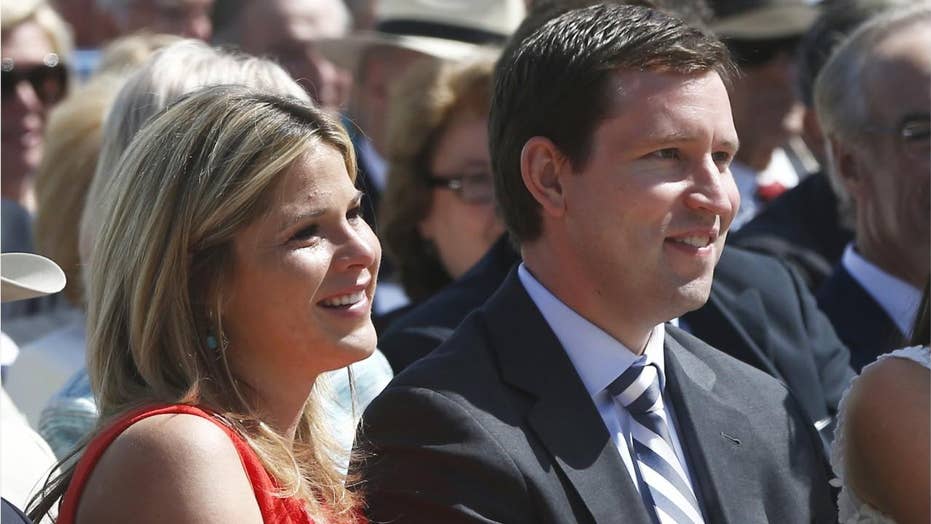 Jenna Bush Hager and her husband Henry Hager are parents for the third time.

The "Today" show host announced on Instagram she welcomed a son on Friday.

"Welcome to the world my darling Henry Harold “Hal” Hager! Hal came into the world Friday, August 2, 2019 at 9:02am and our life has never been sweeter," the now-mom of three posted on Instagram on Monday morning.

In the second set of photos shared by Bush Hager, the former first daughter's two children, Mila, 6, and Poppy, 3, were seen meeting their baby brother for the first time.

"And our world made even sweeter when our girls met their baby brother," Bush Hager captioned the post.

Bush Hager, 37, also called into her NBC morning show on Monday morning to share the news with fans.

"I have a new baby boy. Henry and I met our little boy on Friday morning," she said on the "Today" show Monday via phone. "His name is Henry Harold, named after my grandpa, and Henry for my husband, and we call him Hal."

Bush Hager announced she was expecting for the third time in April. She shared a video from Easter of telling her daughters about their new sibling.

"They're crazy about him," Bush Hager said of her daughters being completely in love with their new baby brother.